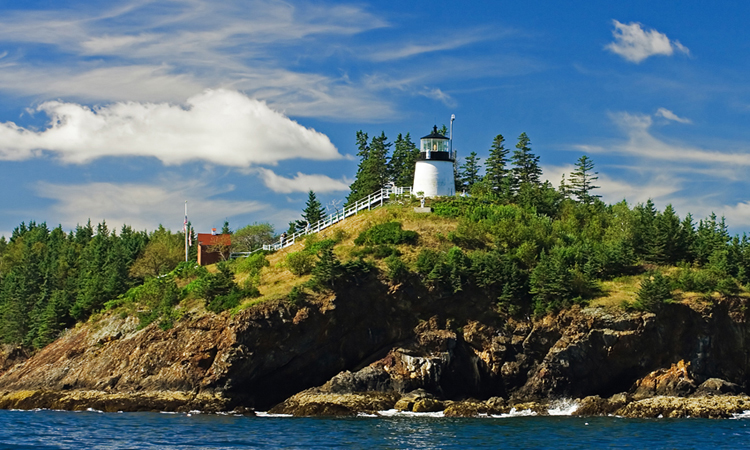 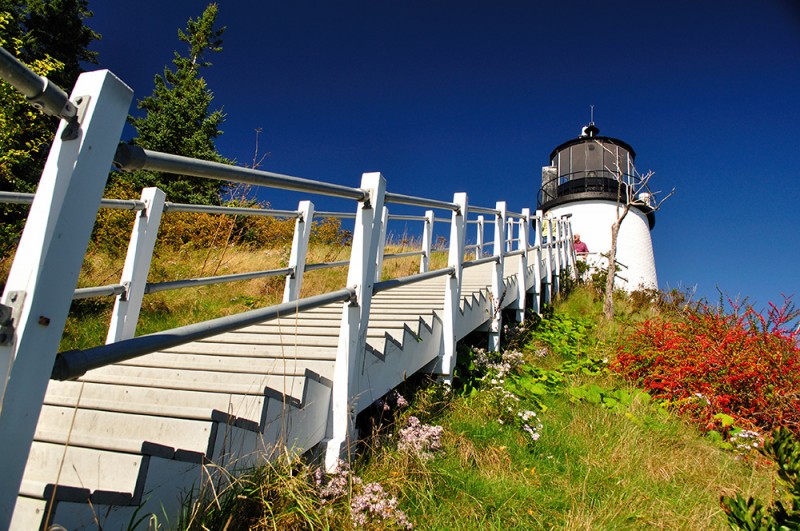 The Owls Head Light Station's tower was constructed in 1825 and rebuilt in 1852. It stands atop a steep rise near Rockland Harbor, 100 feet above the water. The keeper's house, built in the 1850s, is down a steep set of stairs from the light.

Much has changed since the light's heyday. It was automated in 1989. The keeper's house, used for years by Coast Guard families, is now the interpretive center for the American Lighthouse Foundation.

The old station still has plenty of stories - tales of ghosts, shipwrecks and bell-ringing dogs.

Spirits were said to have visited the keeper's house kitchen, living rooms and bed!

In 1850, a schooner went aground below the light. A couple, entombed in frozen spray, were pulled from the wreckage, revived at the station, and lived to marry.

And then, there was Spot. In the 1930s, the springer spaniel - owned by a light keeper - pulled the rope on the station's fog bell and barked at passing boats. He repeated the trick often and, reportedly, alerted a mail boat in time to save it from running aground in a storm. The faithful spaniel is said to be buried close to his bell.