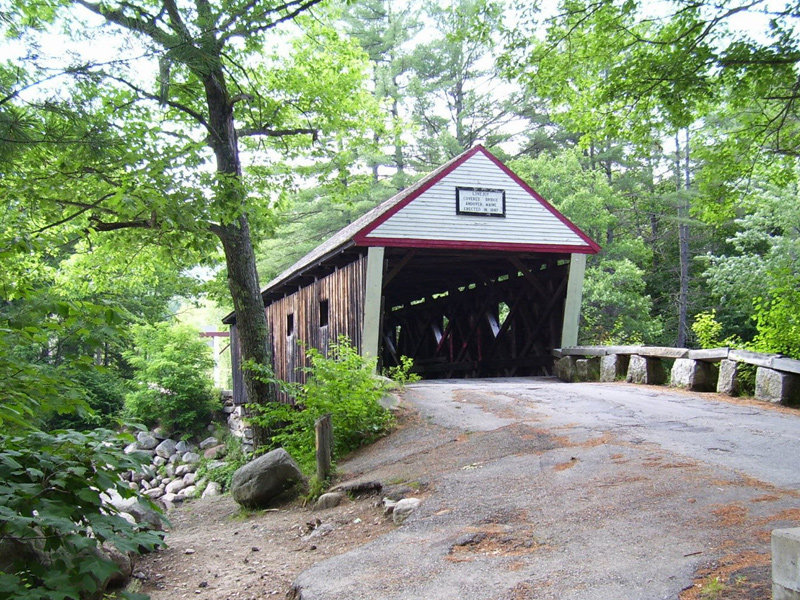 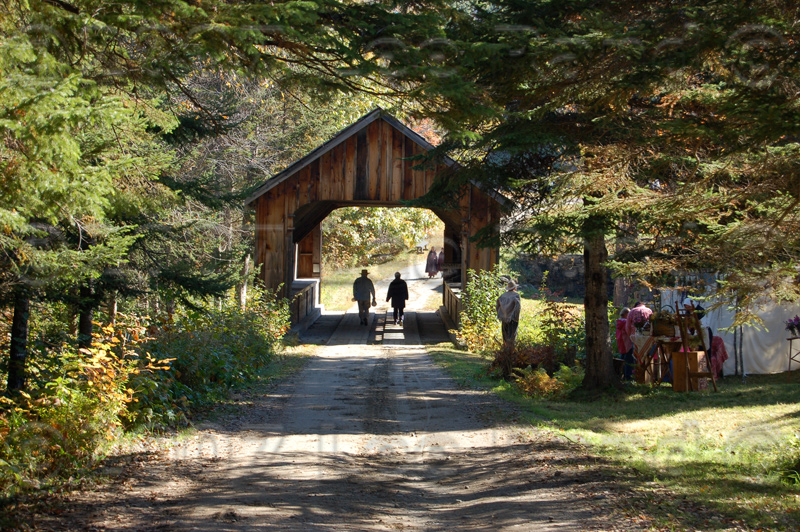 One of the still usable covered bridges in the state of Maine. 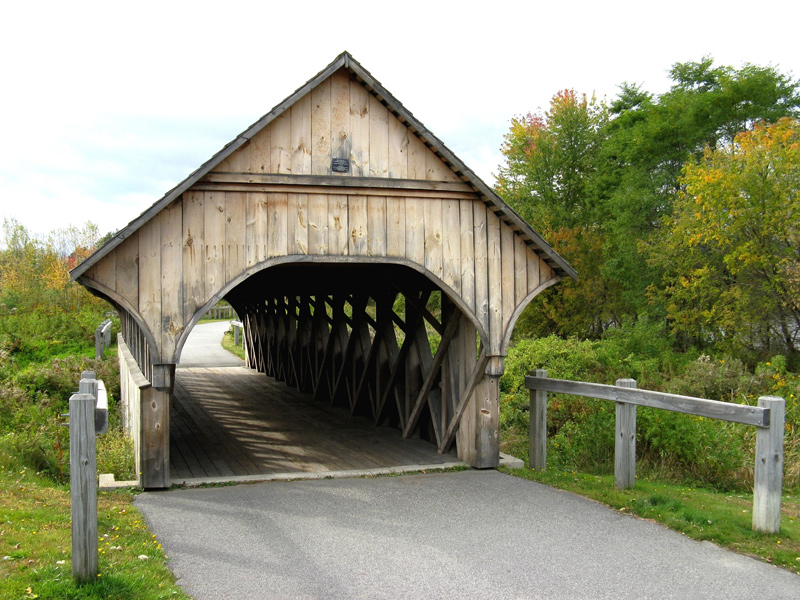 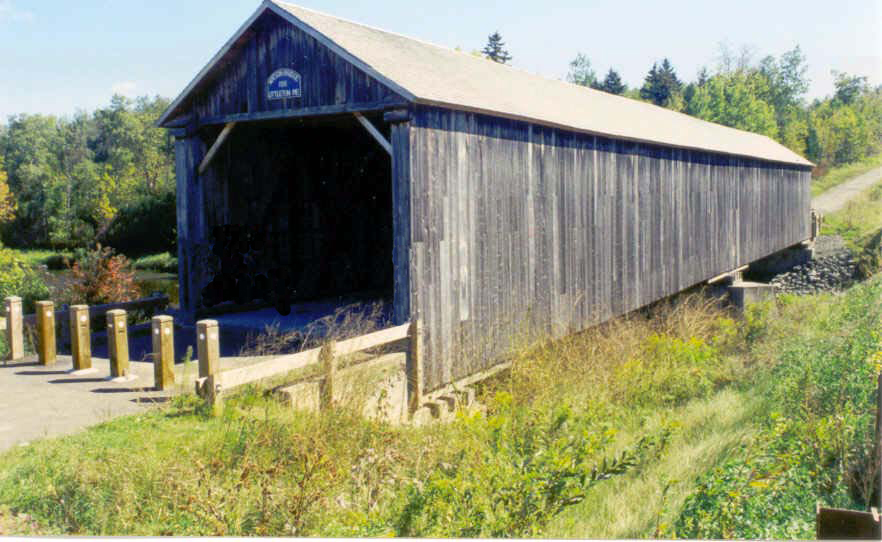 Once, Maine had more than 120 covered bridges. Fire, weather and flood has reduced that number to only nine.

By covering bridges with boards or shingles, builders in the 19th and early-20th century tried to protect the bridges’ elaborate, wooden engineering from snow, rain and rot. A side benefit is that folks find them charming. The Sunday River Bridge has been featured in so many paintings and photographs that it’s been nicknamed ‘The Artist’s Bridge.’

Covered bridges aren’t the only historic and unusual spans in the state. Bailey Island’s cribstone bridge in Harpswell was based on a Scottish design. It uses carefully stacked, or cribbed, slabs of granite for support. They’re tough enough to survive the elements and the ‘cribbing’ design allows the tide to flow through. The Wire Bridge in New Portland, finished in 1866, is the last remaining wood-and-wire suspension bridge of its type in Maine – and maybe in America.

Businesses and locations related to: Covered and Historic Bridges