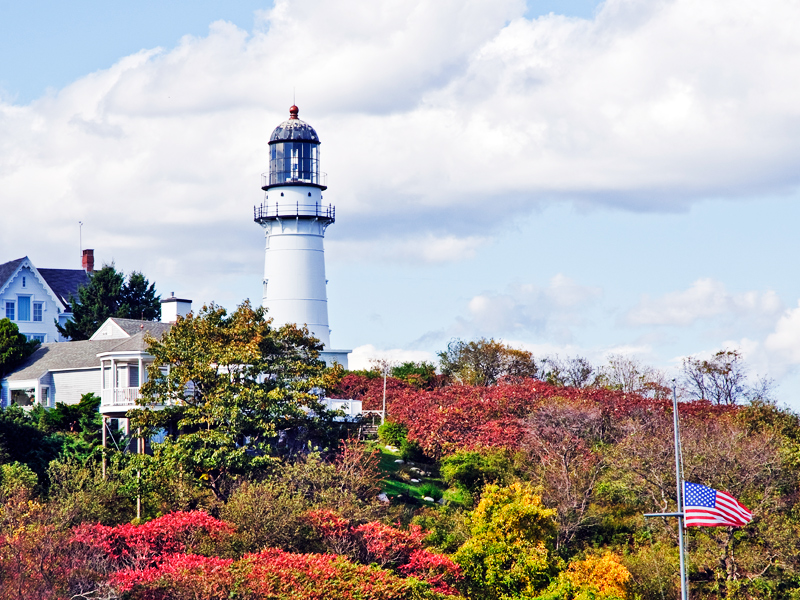 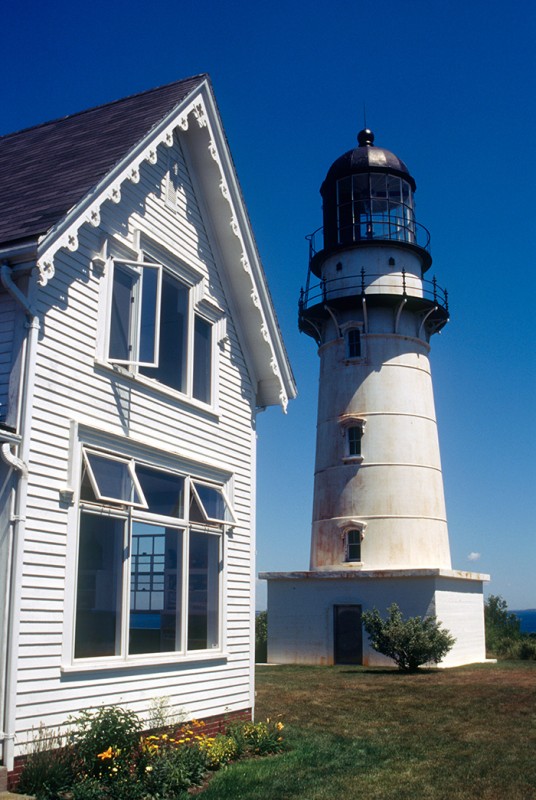 When it was built in 1828, the Cape Elizabeth Light Station had two towers—one with a fixed beam and one flashing—to help mariners establish their positions. The western tower was discontinued in 1924 when officials decided it was redundant. Today, it is privately owned. The eastern tower remains in service and is now automated. It is cared for by the American Lighthouse Foundation. Neither the eastern tower nor its grounds are open to the public.

In January 1885, during a cold, violent snowstorm, the schooner Australia ran aground near the Cape Elizabeth Light Station. The schooner’s captain was swept away by ferocious waves. The two surviving sailors clung to the icy rigging. Keeper Marcus Hanna finally managed to throw them a line and towed them to safety. For his valor, Hanna was awarded the Life-Saving Service’s Gold Medal. Ten years later, he was also awarded a Congressional Medal of Honor for his earlier bravery in the Civil War. He is the only person to receive both accolades.