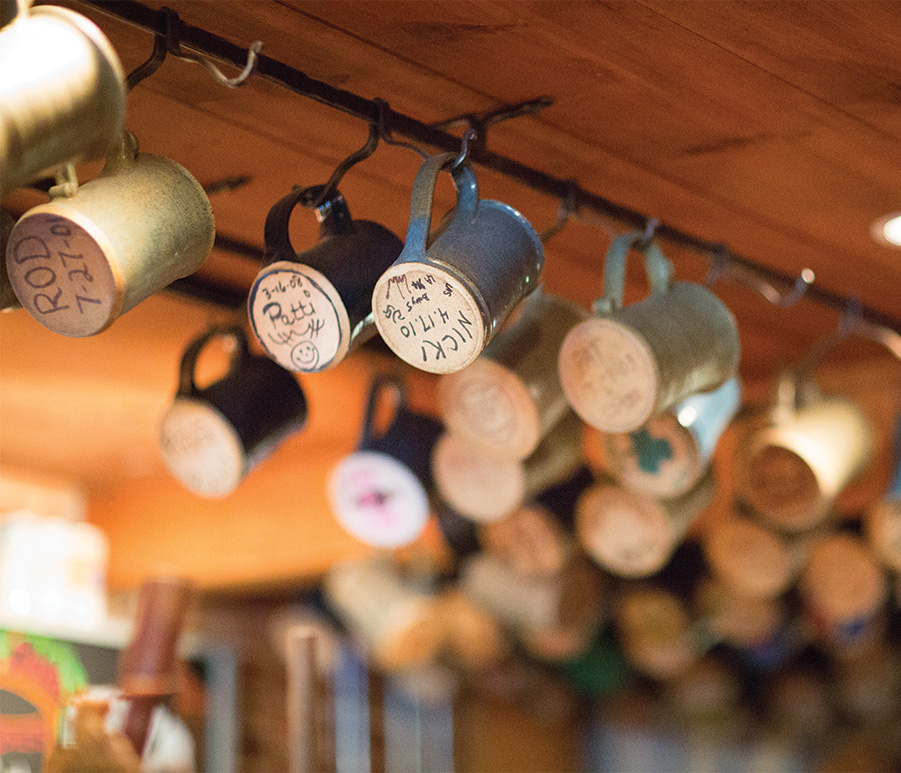 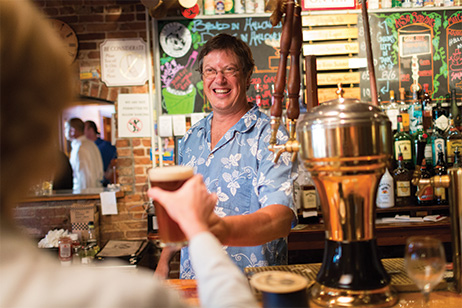 Nowadays, the word “pub”—short for “public house”—is for all intents and purposes synonymous with tavern or bar. The original pubs of Britain were the cornerstones of their communities, a place for people to convene, discuss and build community, prompting 17th century diarist Samuel Pepys to describe them as “The heart of England.” Here in Maine, we still try and keep the true public house spirit alive.

The First Rule of Mug Club…

Pubs in Maine and elsewhere are often earmarked by their traditional English ales and distinctive wood decor. But here, we’ve added a distinctive element: the mug club. Walk through the door of any number of Maine drinking establishments, and you’ll be struck (hopefully not literally) by the hundreds of ceramic mugs hanging on the walls and ceiling.

If you’re looking for a souvenir, look elsewhere. Each of these mugs is already spoken for by a member of that pub’s mug club. Earning a mug varies by pub. At the three pubs run by Gritty McDuff’s Brewing Company, the mug club started as a quick way to raise operating capital. Nowadays there’s a waiting list. At The Liberal Cup Public House, all you have to do for your own personalized mug is drink 250 beers in one year. Over in Saco at The Run of the Mill Pub, it’s 300 beers. There’s no time limit at the Novare Res Bier Cafe in Portland, but prospective mug club members are handed a list of 230 different beers they have to try. For the record, that’s less than half of their beer list.

However mugs are earned, their limited quantity makes them a symbol of the community and camaraderie shared by a pub’s most loyal patrons. There are more tangible benefits as well. Mug club members often get discounts on food and drink—including filling up their oversized mug for the same price as a 16 oz. pint.

A Drink, and More

Maine’s pubs may be part of a centuries-old tradition, but as mug clubs show, we’re not afraid to innovate. Many brew their own signature beers, or, like McKay’s Public House in Bar Harbor, pride themselves on menus full of fresh, local and organic ingredients. The Newcastle Publick House has been certified and Environmental Leader by the Maine Department of Environmental Protection. And Gritty McDuff’s prides itself on building community both within and outside their doors, hosting Community Pint Night fundraisers for community groups and non-profits.