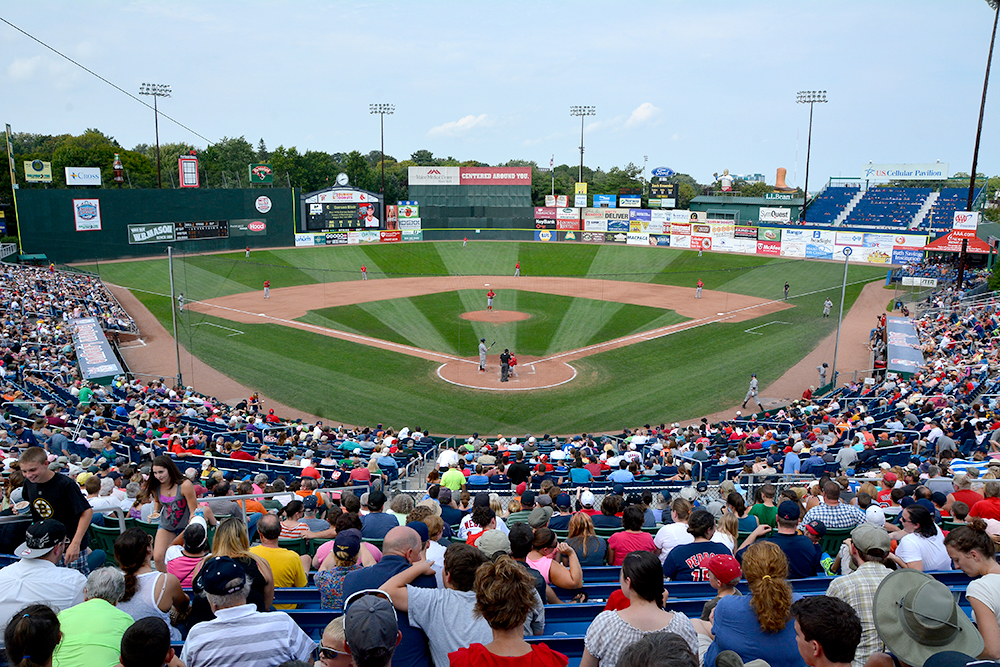 Ah, spring in Maine. The grass is growing, the snow is melting and baseball returns to the fields.

Maine’s best-known team is the Portland Sea Dogs, a Double-A affiliate of the Boston Red Sox. The Sea Dogs play at Portland’s Hadlock Field, right downtown. Red Sox fans will note that Hadlock sports a version of Fenway Park's Green Monster, which was built in 2003 when the Sea Dogs became a Red Sox affiliate. The wall is nicknamed the "Maine Monster."

Maine’s other minor-league team, The Surge, is based at The Ballpark in Old Orchard Beach. It’s a part of the small Empire League.

Like college ball? The Sanford Mainers are part of the New England Collegiate Baseball League, which draws college players from around the US and Canada. The Mainers play in the restored Goodall Park in Sanford.