Marathoner, race director and native-Mainer, Gary Allen, takes running in Maine to places no one ever imagined – except Gary.

"I figured that was my life’s work – to bring a marathon to Maine."

There's an old adage – based on the story of a turtle and bunny – that slow and steady wins the race. But for Maine’s Gary Allen, it's unbridled enthusiasm, creativity and a relentless passion for helping others. If those sound like some pretty good ingredients for making a difference, changing the world and helping restore a spirit of pride and possibility in a Maine town that really needed it, you’re right on track. 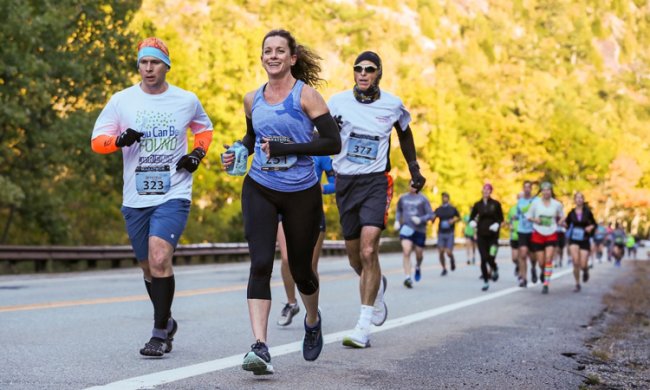 Throughout his adult life, Gary Allen has been a world-class marathoner. Even better, he's a world-class citizen of the planet. A shining example is the course he's taken in recent years through Millinocket, Maine, a community trying to find its economic footing after the closing of its paper mill.

Gary started running as a freshman at Mount Desert Island High School in 1972, and ran his first marathon in 1977. Three years later, he ran the marathon that would change everything. He hasn't stopped running since.

"When I attended the 1980 New York City Marathon, I had one of those life-changing, life-defining, lightbulb moments,” Gary recalls. “I said I'm going to bring this to Maine. I figured that was my life's work – to bring a marathon to Maine."

You’ve heard how the journey of a thousand miles begins with a single step? From that first step in 1980, Gary's journey to the staging of his first Maine marathon would take 22 years. The number of miles it took is beyond calculation. It would be Gary's mission to run them all, a mission that had started long before his New York state of mind epiphany. 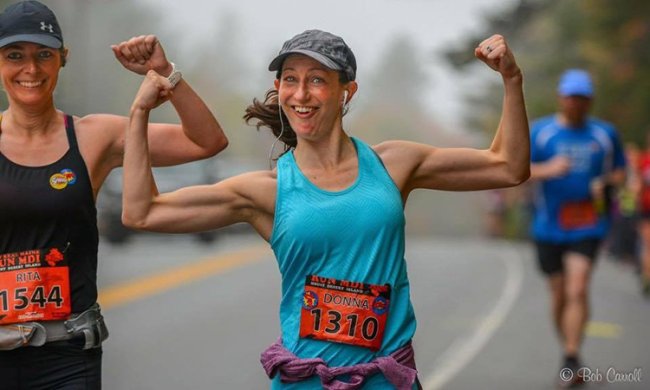 It began in a place where it seems great things should begin. Maine's Great Cranberry Island, off the coast of Mount Desert Island and Acadia National Park. "Cranberry Island is where I'm from," Gary explains. "My family were some of the first settlers on Cranberry Island late in the 1600s. I'm thirteenth generation."

Living on an island, Gary's options for course running were limited. But that didn't limit his imagination during all that thinking time. "A really amazing thing happens when your choice is to run or not run," Gary says. "The creative side gets turned up to max volume. So I was always inventing things, working out things that could change the community where I lived. Or change the world."

It's a big leap from living on a two-mile island to changing the world. But to Gary, island life in Maine prepared him for the bigger picture. "If you're from Cranberry Island, you're good at improvising. You're good at building things from scratch. You're really good at making things work. You need to be able to create things and at times conjure up magic."

It took tremendous commitment and effort to conjure the Mount Desert Island Marathon. That, and those 22 years. But all the while he was running and coaching cross-country at the schools of Mount Desert Island, Gary kept his eyes on the prize. "I never lost the vision," he says. "I thought it would be good for the local economy. But more importantly, I thought it would be good for furthering the power of running and all the good that can come with it."

Good indeed. After the inaugural running of the Mount Desert Island Marathon in 2002, the event has grown in size, stature and sizzle. ESPN calls it the "Most Scenic Destination Marathon in North America." New England Runner Magazine named it "2015 Race of the Year." It was the same year the race became a launching pad for Gary Allen's next world-changing venture. But this time he would need to conjure up a new marathon in just three weeks.

"It started when I read an article about a struggling neighbor of ours in the Katahdin region of Maine," Gary reflects. The "neighbor" was the town of Millinocket which was working to recover after the closing of what had once been the largest paper mill in the world. "I said to myself: I need to do something. I thought based on the success of the Mount Desert Island Marathon and all the good things it's done, a marathon might work there too."

"We weren’t going to charge them money. We wanted them to pay it forward."

During its industrial rise, Millinocket became known as "The Magic City." Now it was Gary Allen's turn to come up with some magic dust. The idea came to him as if he was on one of those solitary runs on Cranberry Island: "I decided we would create a marathon in Millinocket and gift the marathon to the runners. But we would challenge them to put back into the economy by spending money. We weren't going to charge them money. We wanted them to pay it forward."

Gary quickly got the word out to his running friends. Runner's World magazine helped spread the word. Three weeks later, The Millinocket Marathon was launched with business signs welcoming runners, people opening their arms and storefronts, and a high school junior singing the National Anthem.

"The welcoming we got was amazing," says Gary. "And I thought if Millinocket is welcoming us now and we haven't even done anything yet, we really need to up the game. That first year we had 52 runners. And everybody spent way more money than a normal entry fee would be and had a wonderful time."

The second year of the Millinocket Marathon attracted 600 runners. The next year, 1,000. The year after, 2,000. Year five is right around the corner. It's now estimated the marathon generates between $250,000 and $300,000 into the local economy. It's also a Boston Marathon qualifier. 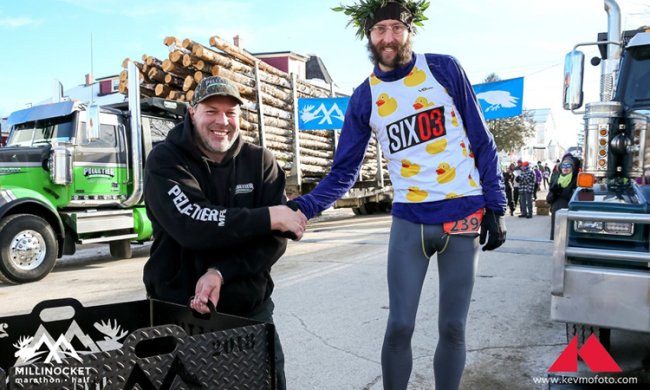 Gary Allen plans to run in the fifth Millinocket Marathon. And then he'll keep right on running, and planning, and creating. So when all the dust settles, what does Gary want folks to take away from his running events and experiences?

"What I really want is for them to love Maine because Maine is amazing. Maine is generous, beautiful. It's uncharted. I want people to find and experience special places within themselves within the lost parts of Maine and the known parts of Maine. I think running fulfills a primal need within people – to cross oceans or climb mountains."

Or, in the story of Gary Allen and Millinocket, to reach out to a town that needed a little magic.

Physically-challenged outdoorspeople don’t have to give up their passions when visiting Maine. The state’s adaptive sports organizations...

Ah, spring in Maine. The grass is growing, the snow is melting and baseball returns to the fields. Maine’s best-known team is the Portland...

Maine's gaming history dates back to the late 1800s, when casinos were built along trolley lines in Portland and Brunswick. Today, you can...