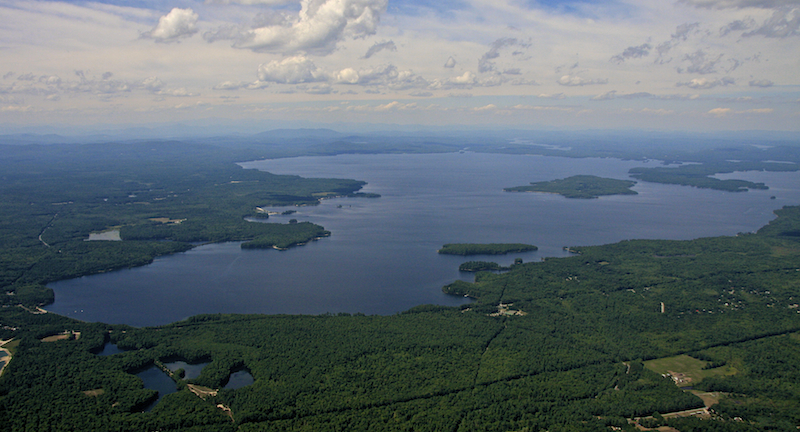 South side of the Sebago Lage, Standish.

Sebago Lake, situated just northwest of Portland, is Maine’s second-largest lake. It encompasses 28,771 acres and is bordered by the towns of Casco, Naples, Raymond, Sebago, Standish and Windham. Sebago is also one of the state’s deepest lakes with a maximum depth of 316 feet, which makes it popular for lake trout (commonly called by their Native American name, togue). The lake’s dozens of inlets, coves, underwater islands and rock piles provide many opportunities for you to catch other fish as well, such as brook trout, black crappie, large mouth and small mouth bass, and white and yellow perch.You'll find plenty of fish in the two- to six-pound range, with catches also possible in the 15- to 20-pound range.

The primary water source for the City of Portland, Sebago Lake is considered to be one of the purist lakes in Maine. First-time visitors are often fascinated by the water clarity—but this clear water requires that you use live baits or more realistic baits than fish in other bodies of water can tolerate. Anglers use long leaders, typically 25 feet or more, when trolling.

Early spring, shortly after ice-out, is often the most popular time to fish here. Before the water temperatures rise, anglers troll sewed-on smelt, streamer flies and spoons for landlocked salmon in the two- to five-pound range. Once surface temperatures rise during the hot summer months, trout and salmon retreat to more comfortable waters below the thermocline, the layer in the water column where warm surface water is separated by cooler waters. The mouths of the major tributaries are typical trolling areas for early spring and late fall anglers because of the rock piles in their shallow waters.

10 Maine Destinations to See in an RV