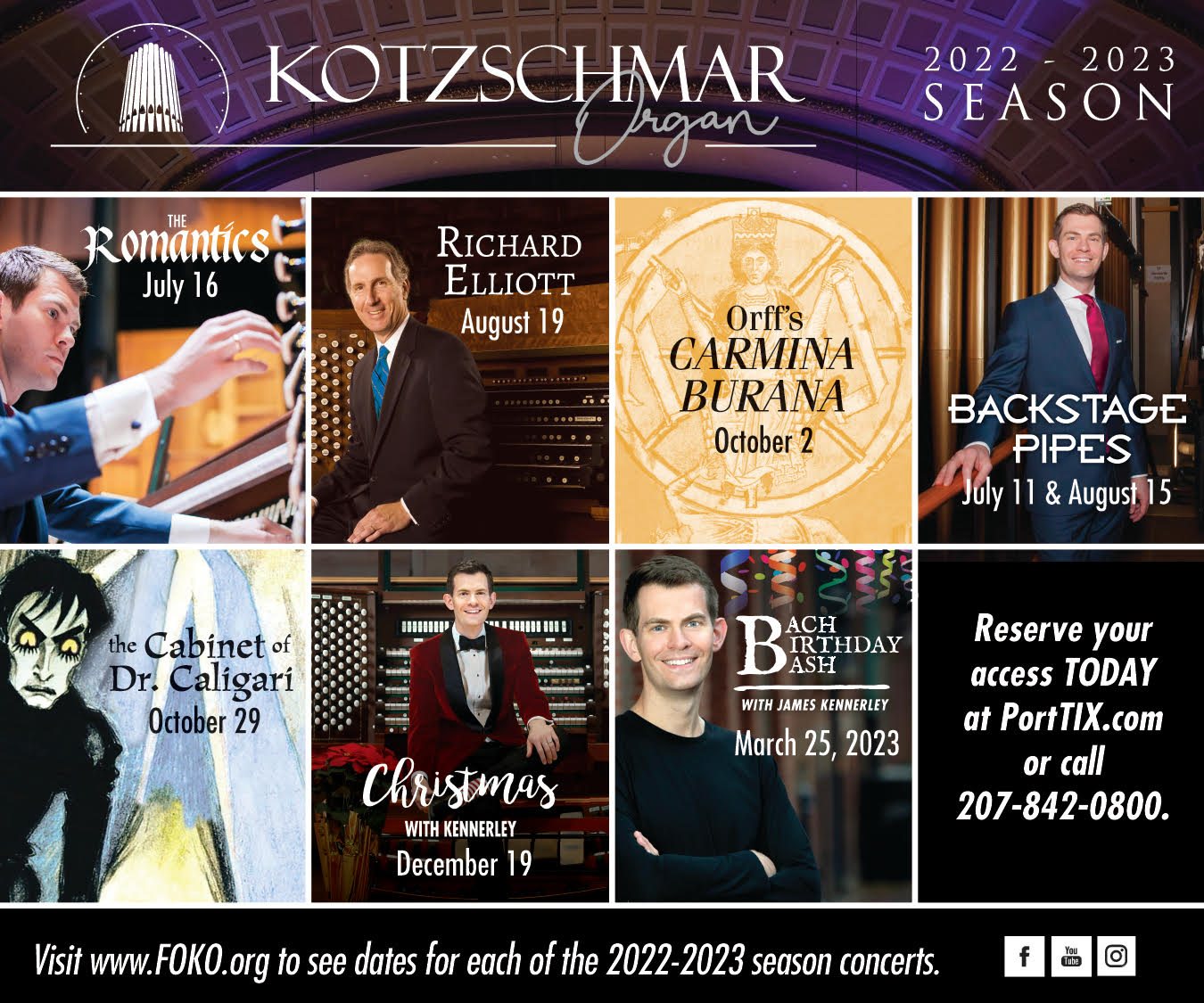 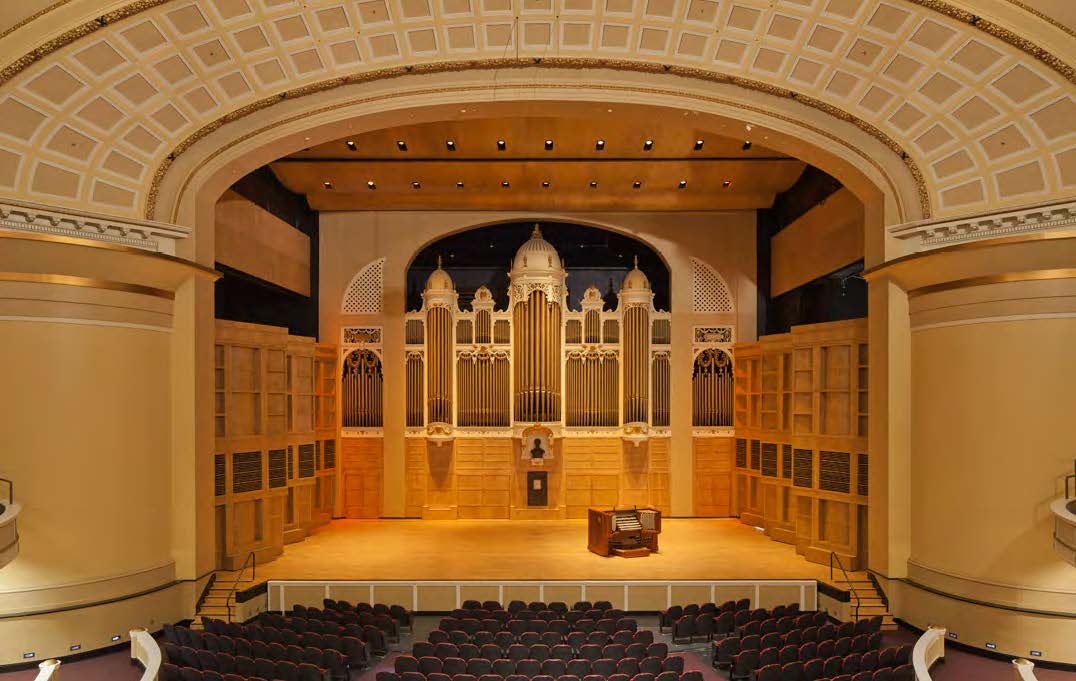 Friends of the Kotzschmar Organ

Experience great music on a piece of Portland history, the Kotzschmar Organ.

Today, the Kotzschmar delights thousands each year with its incredible musical range. In addition to a roster of ever-changing concert themes and guest performances, a series of annual events featuring the Kotzschmar have gathered a substantial fan following over the years. These include a Halloween silent film accompanied by a thrilling organ soundtrack, a Christmas celebration featuring the Kotzschmar brass and special guest vocalists, and the annual Bach Birthday Bash in March. In 2019, the Kotzschmar will introduce a laser light show and a four-day summer music festival – including concerts, workshops, tours of the city, and culinary experiences – to its series.

The Kotzschmar Organ is one of the grandest and most celebrated pipe organs in the world. One of only two municipal organs in the U.S., its home is in the historic Merrill Auditorium in the Arts district of Portland, Maine. With incredible power and range, the Kotzschmar offers an annual concert series featuring top guest artists from around the world.

The Kotzschmar is a highly versatile instrument; a marvel of sound and architecture. The organ repertoire is the largest among any solo musical instrument, mastering musical genres from classical to jazz to rock. Because of this range, the Kotzschmar appeals to every kind of music lover, children to adults and amateur listeners to music experts. The Kotzschmar’s official organist, municipal organist James Kennerley, is an award-winning keyboardist, conductor, composer and tenor. Hailing from Great Britain, James has performed at major music venues throughout the U.S. and Europe including Carnegie Hall and the Royal Albert Hall. Drawing on the full resources of the Kotzschmar, his concerts are full of thrilling flair and finesse.

Businesses and locations related to: Friends of the Kotzschmar Organ