The acclaimed brass quartet performs an ambitious program including an arrangement of Entr’acte, written in 2011 by the youngest ever winner of the Pulitzer Prize for Music, Caroline Shaw.

Formed in 2011, the self-described accidental brass group are “an arty quartet…mixing ideas from jazz, new classical, and Appalachian folk” (New York Times), to create the rarest of hybrids: music that is both "folk-like and composerly, lovely and intellectually rigorous” (NPR Music). Equally at home in concert halls and living rooms, The Westerlies navigate a wide array of venues and projects with the precision of a string quartet, the audacity of a rock band, and the charm of a family sing-along.

Their program includes an arrangement of Entr’acte, written in 2011 by the youngest ever winner of the Pulitzer Prize for Music, Caroline Shaw, as well as American Folk Hymn, Weeping Mary, and pieces of tender tribute composed by members of the quartet. 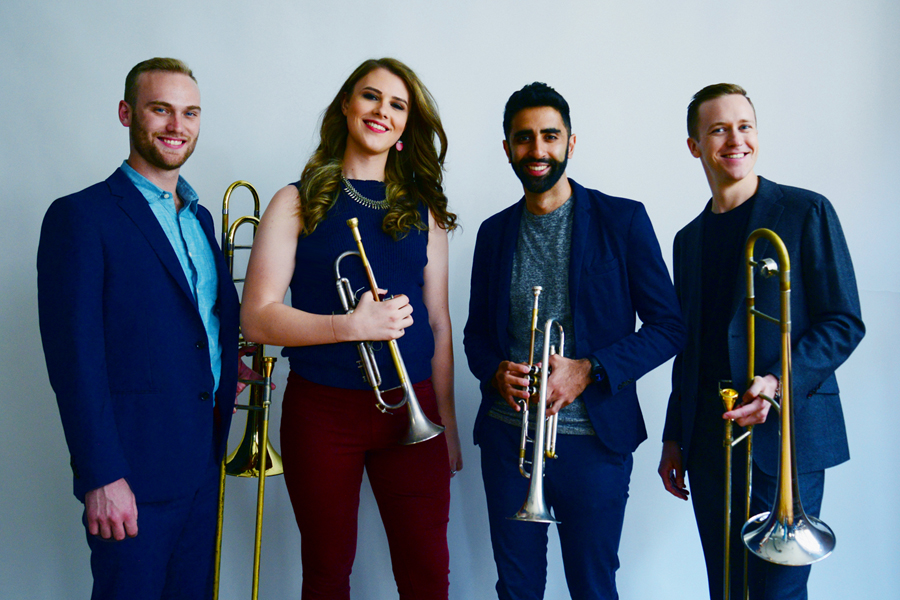 Businesses and locations related to: The Westerlies