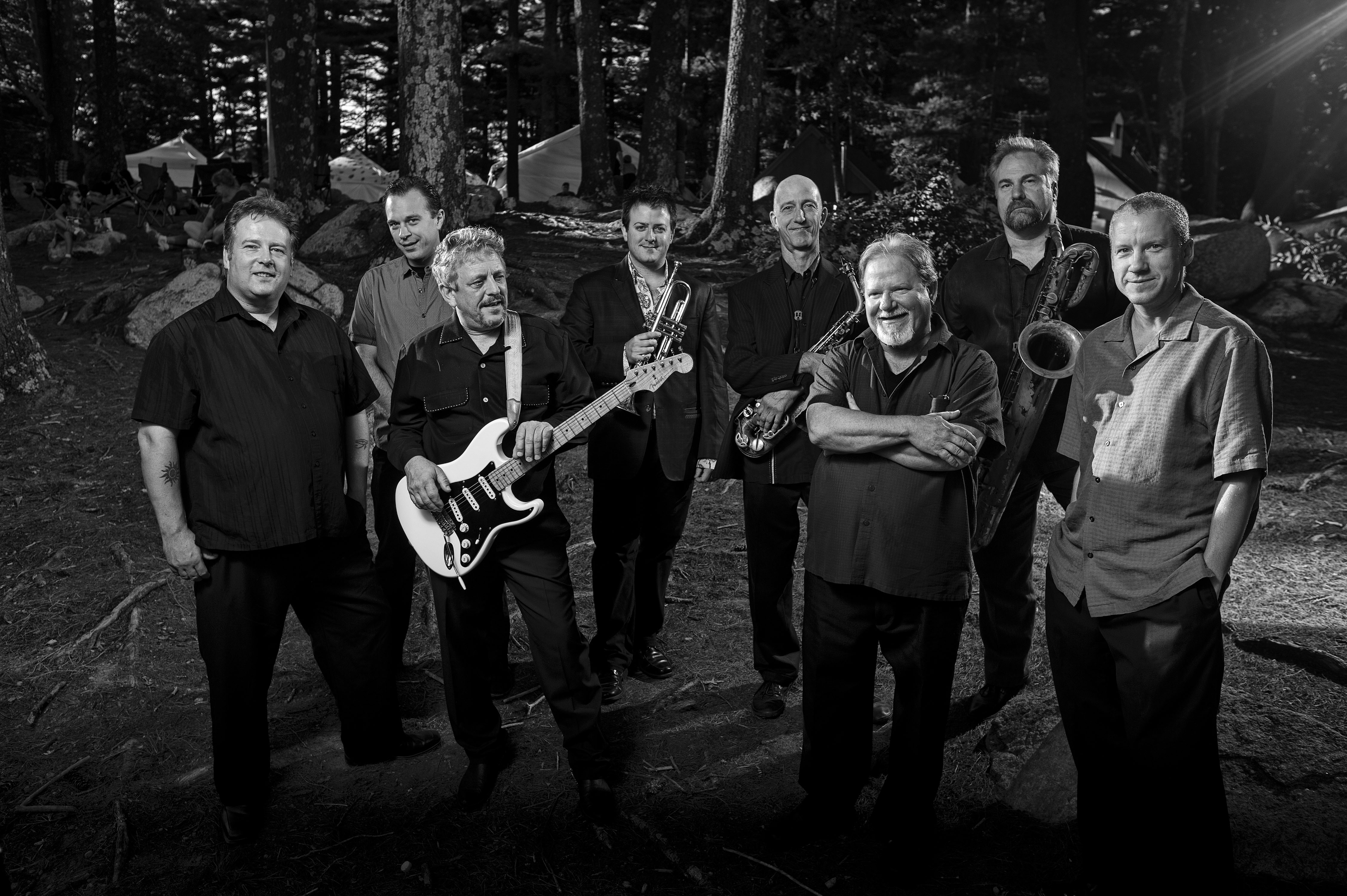 For nearly half a century, Roomful of Blues has been delivering its signature blend of swing, rock ‘n’ roll, jump, blues and R&B to euphoric audiences all over the world.

Blues Revue says, “Roomful of Blues is a sheer joy...contagious, finger-popping, head-bopping grooves...the horns blast loud and proud...explosive and electrifying.” The band has earned five Grammy Award nominations and a slew of other accolades, including seven Blues Music Awards. Twice, the prestigious DownBeat International Critics Poll has selected them as Best Blues Band.

With their masterful combination of jumping, horn-heavy blues and R&B, it’s no wonder why the great Count Basie called them “the hottest blues band I’ve ever heard.” Billboard simply says, “Roomful is so tight and so right.”

To commemorate and celebrate their 45th anniversary, the band hosted a three-day party in March of 2013 at one of their favorite haunts, The Ocean Mist, in Matunuck, Rhode Island. The band blew the doors off the packed club, playing to roaring ovations each night. Happily, the proceedings were recorded and the resulting album, 45 Live, is among Roomful of Blues’ crowning achievements. The album is a lightning-in-a-bottle blowout, showcasing the larger-than-life vocal and instrumental power of the band.

Businesses and locations related to: Roomful of Blues