Mainers on the Titanic Book Signing

Mainers on the Titanic by Mac Smith book signing.

Join us Sunday, September 29th at 1 PM for a book signing and chat with Mac Smith, author of Mainers on the Titanic. Mainers on the Titanic traces the stories of passengers on that fateful ship who had ties to Maine. Many of them were wealthy summer visitors to Mount Desert Island, but there were many other residents of the state aboard as well. Their tales are retold in a lively way here, along with the sinking-related events in the state at that time. Meticulously researched, this book reveals the agonizing day-to-day wait of Mainers for news of what really happened to their loved ones aboard and tells the stories of Maine passengers from their boarding to the sinking, rescue, and arrival back in the country, and, for those who did not survive, their final coming ashore in Halifax, Nova Scotia. It's a unique and fascinating addition to the Titanic story and to Maine history. About the author: A Navy veteran of the First Gulf War and former news reporter for the Bar Harbor Times, Mac Smith lives in Stockton Springs, Maine, in the village of Sandy Point, where he is restoring the family homestead. His second book, "Peyton Place Comes Home To Maine, will be published by Down East Books in January 2020.

Beginning at 1 PM, and will go for roughly two hours. 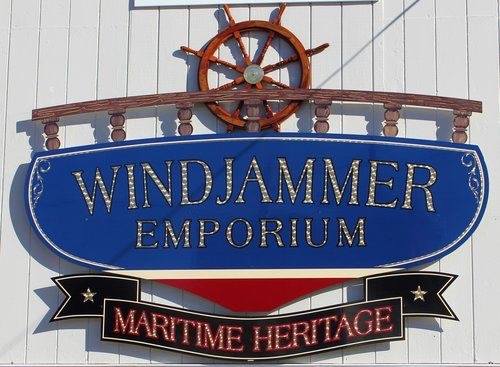 Businesses and locations related to: Mainers on the Titanic Book Signing