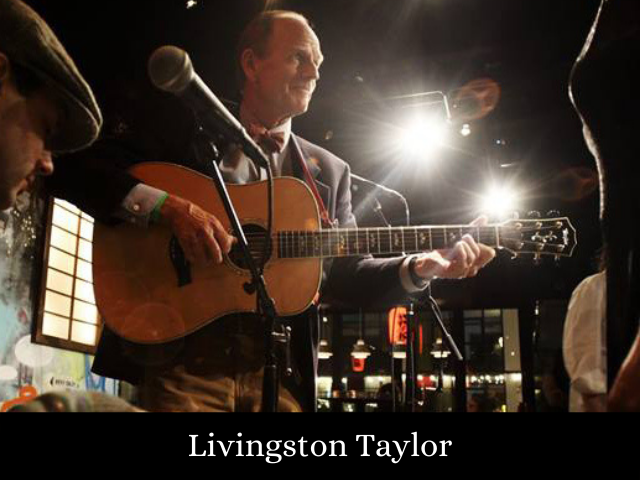 Livingston Taylor's creative output has made him one of the greatest songwriters of our time. Don't miss his Vinegar Hill show this summer.

Livingston Taylor picked up his first guitar at the age of 13, which began a 50-year career that has encompassed performance, songwriting, and teaching. Born in Boston and raised in North Carolina, Livingston is the fourth child in a very musical family that includes Alex, James, Kate, and Hugh. Livingston recorded his first record at the age of 18 and has continued to create well-crafted, introspective, and original songs that have earned him listeners worldwide.