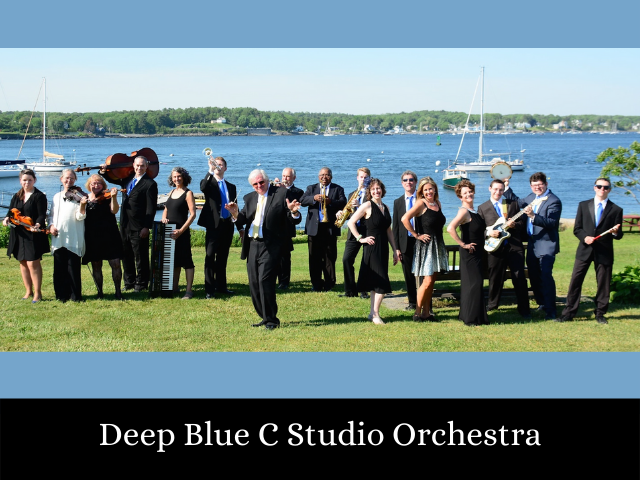 David "Doc" Vose had a dream - to create and direct a studio orchestra made up of dynamic musicians to play just a few concerts in the local area, so he gathered an enthusiastic group of performers from New Hampshire, Maine and Massachusetts and the Deep Blue C Studio Orchestra was born! Fast forward a few years and DBCSO has a loyal following and is in demand all over New England!

On very rare occasions, except in very big-budgeted shows, do music enthusiasts get the opportunity to hear such an orchestra. Here in the coastal areas of New England, we have many seasoned musicians and some excellent published arrangers and composers ready to perform for you.