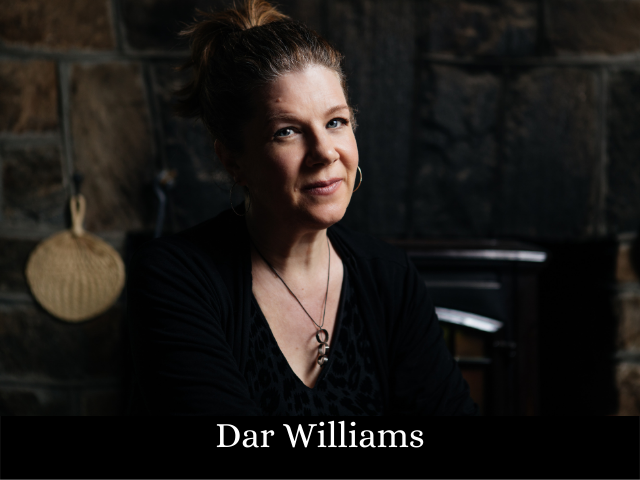 Dar Williams is one of America’s very best singer-songwriters…her songs are beautiful. See her at Vinegar Hill Music Theatre this summer.

Dar Williams’ lyrics contain bouquets of optimism, delivered on melodies alternating between beguiling lightness and understated gravity. Williams strongly believes that all of us possess our own power and ability to achieve, and she rejects the exceptionalism that encourages us to “admire that yonder star,” while making us feel small and insignificant; unworthy of shining on our own but hoping to catch enough distant light to inspire some tiny accomplishment. Williams has always been very interested in how to control our future and this album has to do with the fact that at some point, you just can’t. Dar Williams was always in the right place at the right time for the success she’s had over a 25+-year career. She rose out of the vibrant mid-90’s Boston scene, inspired by the eclectic influences of alt-rockers, Berklee jazz musicians, slam poets, and folk artists, like Patty Griffith, Melissa Ferrick, the Throwing Muses, Vance Gilbert, and Jonatha Brooke. After a year of touring non-stop with her first album, The Honesty Room, in 1994, she was invited by Joan Baez to tour in Europe and The United States. From there, her music career took her to the place she is today.