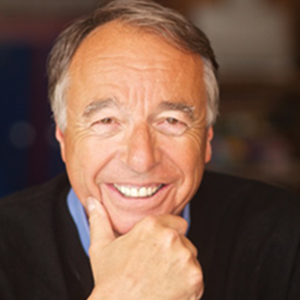 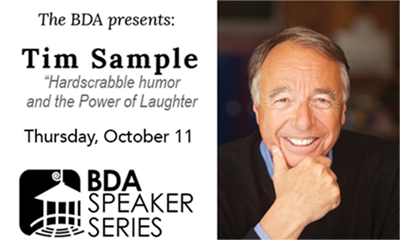 Tim will talk about his career as “New England’s premier native humorist”, his thoughts behind his Maine-based humor, and the power of laughter.

The BDA Fall Speaker Series presents: Tim Sample: “Hardscrabble Humor and the Power of Laughter” Join the BDA as we welcome Tim Sample to Brunswick! Tim will speak about Maine humor and the power of laughter and his career as “New England’s premier native humorist”.

A native of Boothbay Harbor, Tim Sample lived in Brunswick and Portland before moving to Calais in Downeast Maine. Novelist Stephen King has likened Sample’s work to that of Mark Twain, and Charles Kuralt called him “Maine’s humorist laureate.” Tim’s books, albums, and videos have sold over a million copies. For eleven years he was a correspondent for CBS News and a regular essayist on the Emmy award winning television show CBS News Sunday Morning, hosted by veteran newsman Charles Osgood.

Tim was born and raised in Maine and has never lived (or for that matter wanted to live) anywhere other than the Pine Tree State. Tim’s first album of downeast humor was recorded in 1979 and produced by Noel Paul Stookey, “Paul” of Peter, Paul, and Mary with liner notes by the late humorist Marshall Dodge, who along with his partner Rev. Robert Bryan, created the world-famous Bert and I recordings back in the 1950’s.

Tim has also written and/or illustrated over a dozen books, including regional bestsellers Saturday Night at Moody’s Diner and his most recent Maine Curiosities second edition.