Meet Mike St. Pierre, CEO/founder of Hyperlite Mountain Gear, makers of high-tech ultralight backpacks and tents hand-crafted in Maine. You could also meet Mike on Maine’s most challenging stretches of the Appalachian Trail or as he walks into work at the restored and revitalized Pepperell Mill in Biddeford. One thing’s certain: You’d have to travel a long way to find an outdoor enthusiast more enthusiastic. 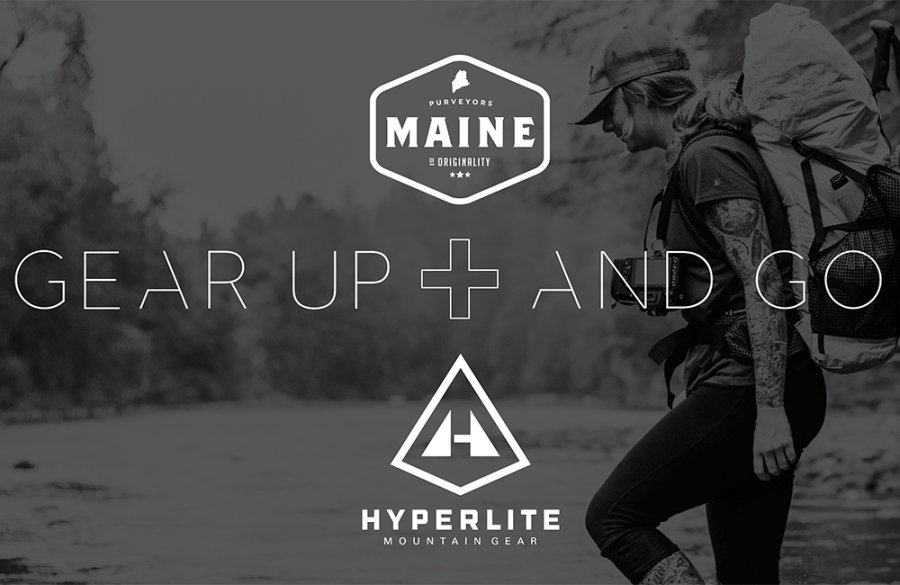 With Mike, it comes with the territory. Whether it was working as an audio engineer on world tours with The Eagles. Or as a chef in New York’s top restaurants. Or, later, in the family garage in Kennebunkport where he handmade the prototypes for his Hyperlite packs and tents.

So how did he go from high-flying rock bands and the frying pan of the New York restaurant scene to pursuing an entrepreneurial dream in Maine?

“I would try to get out to the mountains, the Adirondacks and up into Maine as often as possible,” Mike explains. “That was my stress relief. I was doing these backpacking trips and I just felt the gear was overbuilt, too heavy and too complicated. Not waterproof. It didn’t make a whole lot of sense to me.”

As entrée orders continued to be called out in the kitchen, the call of the mountains would only get stronger. Especially the voice that came from further north and deeper into the serenity Mike St. Pierre craved. It was a voice that was calling him to Maine.

“From the time I was little, my grandparents had a place there,” Mike offers. “There’s a cachet around Maine. The rugged outdoors. A last kind of untouched landscape. And the solitude of the Maine mountains.”

So there he was, chef and climber, Mike St. Pierre, on the knife-edge asking: If not me, who? If not now, when? Like so many of Maine’s original thinkers before him, Mike wouldn’t just come up with an idea; he would make it happen with his own hands. With the help of material from some big league American sailboats.

“I stumbled across a material that was originally developed for America’s Cup sails,” Mike explains. “It’s 100% waterproof and made of the strongest fibers in the world. I had nine meters of it shipped to my apartment in New York City. I made a little work station and gathered every sewing machine my family had.”

Mike knew he was onto something the morning he began a multi-day trek with the gear that would eventually become the Hyperlite line. “I ran into a ranger and she stopped me and asked where I was going. I said I was going into the mountains for a few days. She told me there was no way I could do that – because I didn’t have enough equipment.” 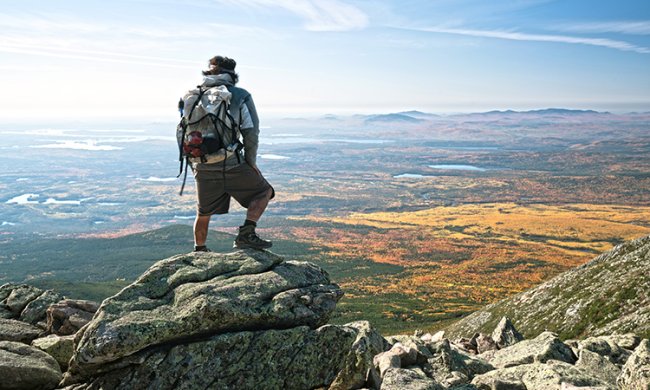 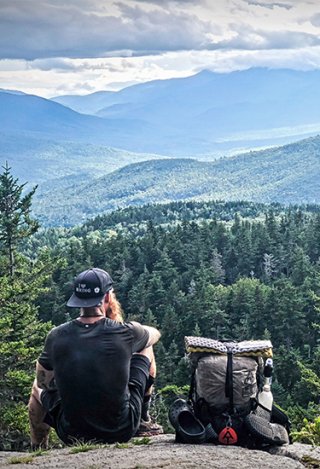 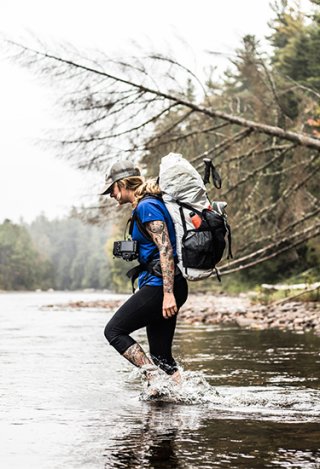 After an impromptu product demonstration, Mike was allowed to continue on his way. He also knew it was time to take the next step with Hyperlite and move the enterprise out of his New York apartment and up to Maine.

His first stop was the family garage in Kennebunkport. But his ultimate headquarters were waiting for him in Biddeford. In a historic textile mill that had seen better days, and was starting to see them again. Says Mike, “We were building a cut and sew operation of high-tech outdoor gear into an essentially defunct mill with a 150-year American textile history.”

That was 2012, when the renovated Pepperell Mill campus was transitioning from concept to commercial enterprise. “We moved to the Pepperell Mill in 2012,” Mike reflects, “knowing there was reasonably priced space with plenty of room for future growth.”

Mike wasn’t alone in his future growth outlook. Nor are the mill and Biddeford the sole proprietors of a reimagined future for Main Street Maine. Across the state, new businesses are rising up from the foundations of Maine’s legacy of craftsmanship, originality and, maybe the most important component, inspiration.

It’s what motivated Mike St. Pierre to find a better way to get out and experience places that are among the most special anywhere. The Appalachian Trail, Baxter State Park, Acadia National Park and Mount Katahdin among them.

“There’s such a great trail network in Maine, “Mike says. “A lot of places you can’t get to without a little extra effort. Untouched land. Old growth land. You could walk for months and months. And there are some really cool people you’ll meet out there.”

Mike wants his Hyperlite gear to help people get the most out of their own excursions. Whether it’s a couple of weeks or a day trip, his gear is designed to get people to the ultimate place as he sees it: “We want our gear to work so well that people forget they’re carrying it. The perfect piece of gear is when you forget about it and just be in the moment.” 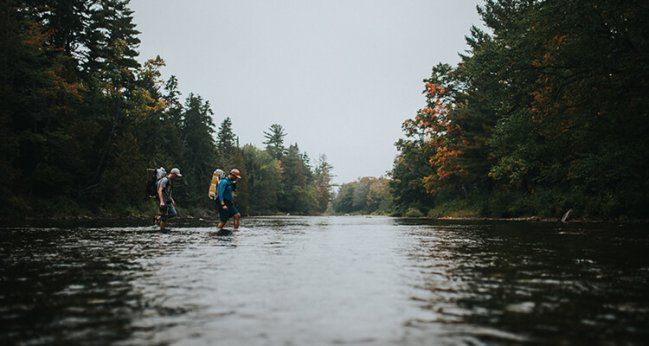 Moments of inspiration continue to happen on a daily basis inside the Biddeford headquarters of Hyperlite Mountain Gear. That and the hands-on shaping of the future of outdoor gear. As Mike enthuses: “The team at Hyperlite can see the long-term value of building a rock-solid foundation that will ensure a long-lasting renaissance of the manufacturing prowess of this place.”

If that sounds like an inspired vision, it is. It’s the kind of perspective you get when you look out at the world from the top of the mountain.

The trails and waterways of Maine connect pine-wooded forests and mountain peaks, to swift rivers and craggy coasts. Whether you are heading...

36 Hours in The Sebago Lakes Region