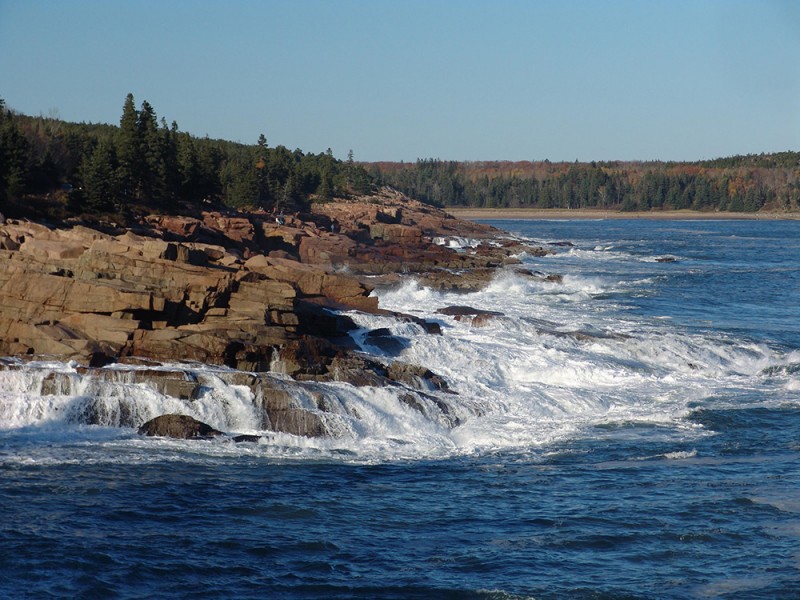 We encourage you to check websites for your destinations before visiting for the latest health and safety guidelines in place.

Many visitors are unaware that Mount Desert Island—or MDI, as it's known locally—has a rich history, established culture and thriving economy separate from Acadia National Park. The island has a local population of approximately 10,000. This population swells in the summer, at which time you might see such "summer visitors" as Martha Stewart or Rockefeller heirs who have summer cottages here.

Mount Desert Island in Maine owes its name to French Explorer Samuel de Champlain, who reflected on the island’s treeless mountain summits and named it “Ile de Monts Deserts,” which means “island of the bare mountains.” At 1,532 feet, Cadillac Mountain is MDI’s highest point—and the first place in the continental United States to welcome the sunrise each day.

Mount Desert Island is the sixth-largest island in the contiguous United States, and the third-largest on the Eastern Seaboard. Based on a solid foundation of Somesville and Cadillac Mountain granite, revealed and shaped by the retreating Laurentide Ice Sheet at the end of the Pleistocene Age, Mount Desert Island covers more than 108 square miles—an area smaller than Long Island, but larger than Martha’s Vineyard.

In addition to Acadia, MDI’s primary attraction, the island is home to several small towns. Bar Harbor—once the exclusive summer playground of wealthy socialites from New York and Boston—has evolved to become a thriving summer town for vacationers from around the world. In Northeast Harbor, Southwest Harbor and Bass Harbor, you'll find boutiques and galleries, fine dining, and lodging.