Have you ever had the experience of staring out at a body of water – could be a lake, could be an ocean – when one particular wave catches your eye? Maybe it’s the way it plays against the sunlight, shooting out a sparkle only you can see. You focus on it. And you follow that wave until it becomes your wave.

Twelve miles off the coast of central Maine, in Penobscot Bay, there’s a place that’s been known to have a similar effect on folks who are drawn to the water.

Of the more than 3,000 islands scattered along the coast of Maine, Penobscot Bay harbors its share. But for some, North Haven Island shimmers in a way that captures not only the eye but the imagination. And at the heart of it all is an island treasure called Nebo Lodge. 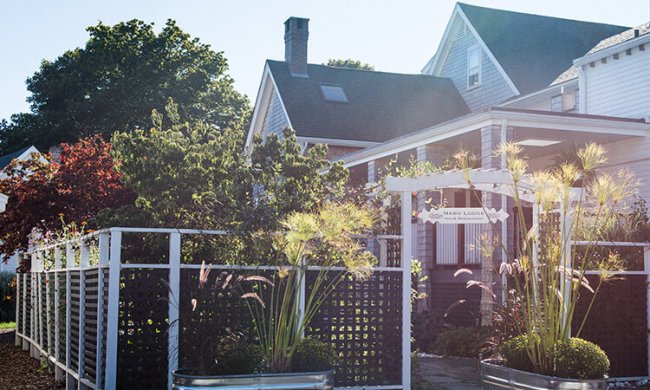 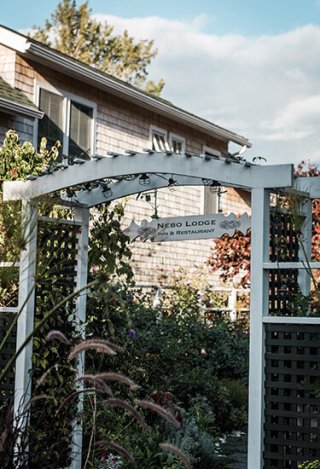 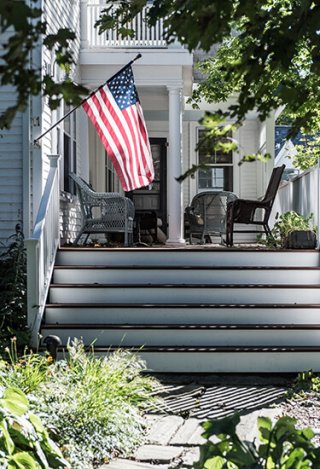 Just two blocks from the North Haven ferry terminal, the white-painted Victorian inn and restaurant is adorned in an impressionist’s palette of flowers. Through the courtyard and across the front porch, Nebo Lodge doesn’t open its doors to you as much as it opens its arms.

Representatives of Bon Appétit certainly experienced the hug, naming Nebo Lodge one of the ten best food lover’s hotels in America. But we’re getting ahead of ourselves. We still have to check-in. Each of the inn’s nine rooms is named for a nearby island – Spectacle, Calderwood, Butter and Eagle among them. Creative floral arrangements with bursts of island-grown flowers populate the interior. “Charming, classic, fresh, clean, comfortable” – adjectives guests have used to describe the accommodations.

Then there’s the restaurant. The first thing you need to know about the food at Nebo Lodge is that almost all of it is locally sourced. And we do mean local – as in right on the island, much of it from The Turner Farm, a historic ocean front farm that’s a sister enterprise to Nebo Lodge.

The farm is just three miles down the road from the lodge. So it couldn’t be easier to deliver the certified-organic vegetables, eggs and poultry, milk, yogurt and pasture-raised beef. Add to the chef’s kitchen some North Haven lobster, island-farmed oysters and their own fresh-baked bread and, well, you’re home. The menu is creative, eclectic and as fresh as the salt sea breeze.

Barn suppers. Yes, it’s as charming, rustic and inviting as it sounds. Every Thursday evening during the summer months, the community is invited to celebrate the bounty of the season at Turner Farm with culinary delights from Nebo Lodge. It’s “family style,” but so is the whole island.

One of 14 year-round islands off the Maine coast, North Haven’s extended family of 350 residents can grow to a thousand or so during the summer. But even during peak season, encountering another car at an intersection is considered “traffic.” Most locals and visitors believe that the best way to explore the island is via bicycle. The public beaches are post card-worthy. The hiking, like the views, is breathtaking. Plus there’s great sailing, kayaking, a nine-hole golf course. When in doubt, just go down to the ocean. You can’t miss it.

One other local item of note. The people of North Haven Island are very fond of doing the wave. Before you conjure an image of islanders lining the beach and lifting arms to the sky, understand that the North Haven Wave is much less complicated. Just a friendly hand in the air to get your attention and reaffirm your welcome – whether you’re out exploring the island or watching the world go by from one of the Nebo Lodge porches. Visitors are encouraged to take the practice home with them. Many have.

At the end of the day, all roads on the island lead to back to Nebo Lodge. Day or night, there’s a sense of the magic surrounding this sparkling jewel in Penobscot Bay. It may be twelve miles from the mainland as the seagull flies, but North Haven Island and Nebo Lodge can take you away to a different world entirely. One wave after another. 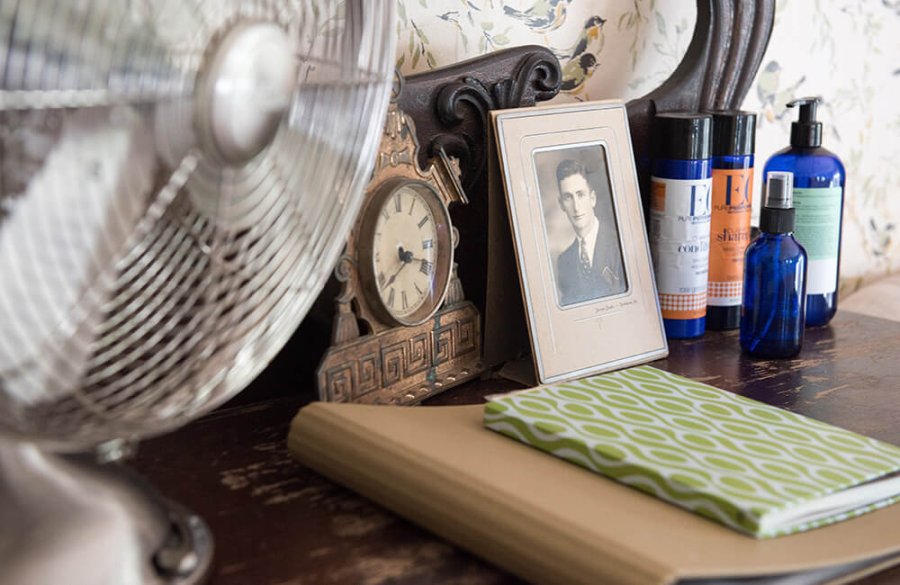