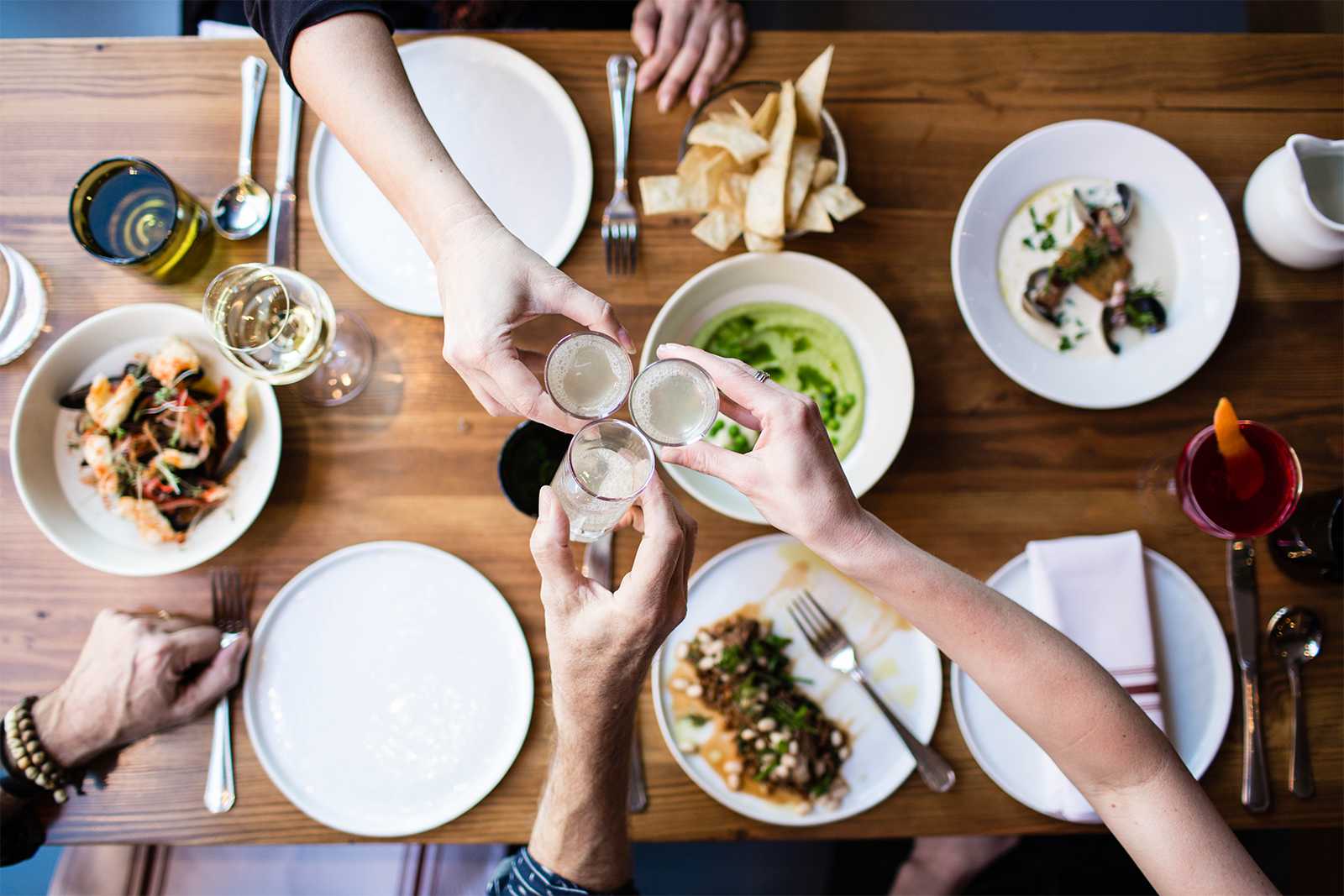 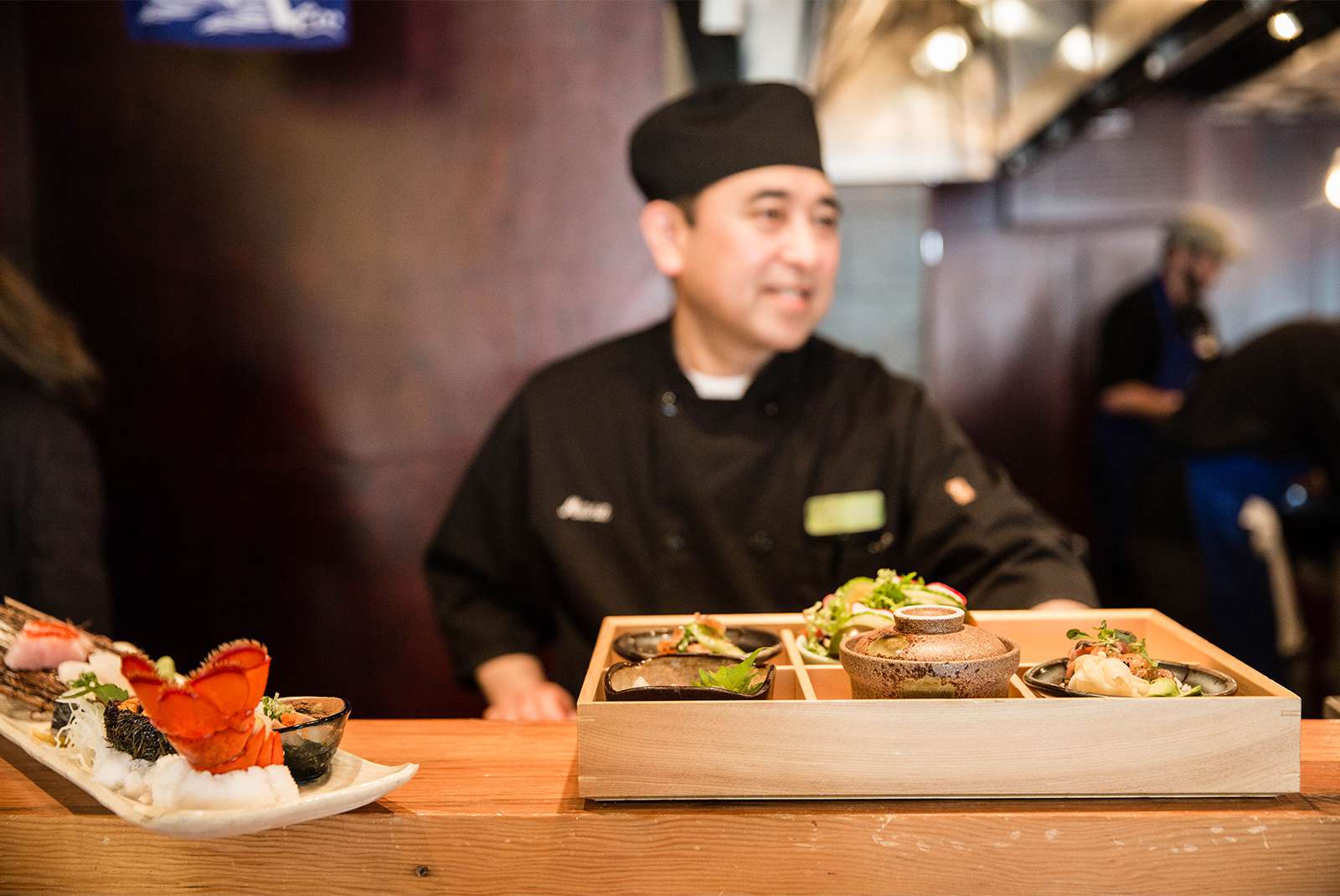 As wonderful as the good life is on Maine’s farms, there are times when you need to fire up the horseless carriage and take a ride into town. As it is for many entrepreneurs across the state, this is a daily ritual for Kerry Altiero, owner-chef of Cafe Miranda in Rockland. He’s also a lead farmhand on his little piece of sustainable paradise, Headacre Farm. And the beauty of it is that farm and restaurant are neighbors.

As Chef Altiero explains, “In many, many places in Maine—whether it’s Bar Harbor, Belfast, Damariscotta, Portland, wherever it happens to be—the food you’re getting did not travel 3,000 miles. It traveled a couple of miles. In our case, it’s eight-tenths of a mile.” On the day we spoke with him, Chef Altiero shared a short list of the produce that was enjoying a nice sunbath at that moment at Headacre: eggplants, peppers, fennel, potatoes, four kinds of onion, squash and a team of teeming winter vegetables.

Then there’s the whole culinary creativity thing that’s sparked all those rave reviews and made Maine one of America’s most celebrated foodie destinations. There are more great restaurants, chefs and kinds of cuisine in the state than you can shake a spatula or garden hoe at. At Cafe Miranda, guests can indulge in Chef Altiero’s multi-cultural cuisine, drawn from his own Italian heritage and spiced up with offerings featuring South American, Thai or Mexican accents.

And speaking of delectable diversity, there’s Miyake in Portland, where Chef Masa Miyake’s eclectic creations include influences of Japanese, French and Italian. As with the restaurants that follow, Miyake’s menus feature locally raised proteins and locally grown produce.

At The Fiddlehead Restaurant in Bangor, Chef Mel Chaiken’s cuisine is a truly international experience, with a touch of comfort-style and dishes that range in influences, as she says, from the Far East to DownEast. If you’re looking for a social experience to savor, consider Sur Lie in Portland, where culinary master Chef Emil Rivera serves up the concept of sharing with his tapas-style works of art. Should you find yourself at The Lost Kitchen in Freedom, you’ll also find Chef Erin French, who has found a special admirer herself in none other than James Beard. “I’m just a girl who likes to cook,” says Erin. Okay. And Mr. Beard is just another guy with a saucepan.

“Farm-to-table dining overlooking the beautiful Stonington Harbor.” That’s how the menu heading at Aragosta describes the restaurant. Aragosta is Italian for lobster. And Chef Devin Finigan’s lobster ravioli is described as exquisite, not just by diners but by the world-renowned chefs and food writers she brings in for workshops. 76 Pleasant Street is both the GPS location and the name of Bret and Amy Baker’s 24-seat restaurant in Norway, where everything is created, cooked in-house and sourced from growers and purveyors within a stone’s throw of their historic Jones House location.

That’s a little sampling of farm-to-table dining, Maine style. So feel free to come on in, flap open a napkin and settle in for something truly exceptional. And one note on protocol. When a member of the wait staff approaches, there’s no need to ask, “What’s fresh?” But if you insist, expect a nice but knowing smile.

Beginning May 1, travelers from all states will be able to travel to Maine without providing a negative COVID-19 test result or quarantining, unless otherwise determined by the Maine CDC. If a state experiences a spike in COVID-19 cases, the Maine CDC will apply testing and quarantine protocols to all travelers from that state.