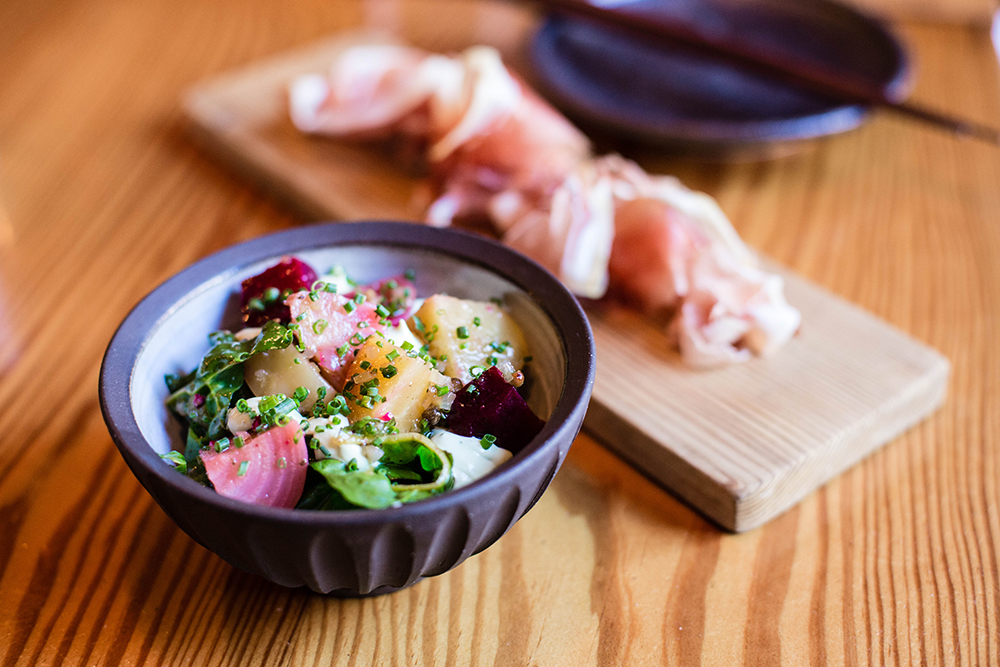 Since the farm-to-table renaissance began at Helen and Scott Nearing’s Harborside farm 60-plus years ago, Maine’s roots in the movement have only grown deeper. Meanwhile, the distance between the farm and the table has grown shorter. Some of the best food you’ll find is served right on the farm. Call it farm field-to-farm table. Or just field-to-table. Although they differ in ambience, the four Maine farm dinners below all share a common mission: strengthening the local food system by serving the freshest, most delicious food possible.

Wolfe’s Neck Farm in Freeport, Maine is a working organic farm that welcomes you to meet the animals, hike the grounds and even camp out along the coast. Their farm-to-table dinners benefit the farm’s Teen Ag Program, educating the next generation of farmers and farm advocates while growing more than 12,000 pounds of fresh produce for local food banks. These rustic dinners—think pig roasts and harvest bounty—are top-notch culinary events due to their partnership with Chef Masa Miyake and Miyake Farm and Restaurants. The dinners are held roughly once a month in late summer and early fall, but tickets sell out well ahead of time.

The Well is actually a restaurant located right on Jordan’s Farm, next to their produce stand. Chef Jason Williams opened The Well in 2010 and only has to walk a few yards for many of his ingredients. The restaurant’s menu changes daily, depending on what's in season, but Williams offers family-style dinners, a five-course tasting menu and delicious desserts like his house-made donut with blueberry compote and creme anglaise. The atmosphere is casual, drinks are BYO, payment is cash only, and no reservations are needed. The Well at Jordan’s Farm is open for dinner Tuesday through Saturday.

Pineland Farms is a working dairy farm that doubles as an outdoor activity center all year long. On Wednesdays from late June through early October, the farm hosts convivial Graze Dinners. These family-style dinners—with themes like Lamb & Lager and Autumn’s Bounty—feature live local music, craft beers, “farm-fresh” cocktails and, of course, food raised, nurtured and harvested from Pineland and the surrounding area.

Located on Penobscot Bay’s North Haven Island, the restaurant at Nebo Lodge prides itself on serving up a seasonal menu of island-grown meat, fish and produce. Much of this bounty comes directly from Turner Farm, just three miles away. Every Thursday from July through mid-September, Nebo Lodge hosts five-course feasts at the Turner Farm barn, where you can enjoy a glass of wine or one of Maine's craft beers before sitting down to dinner as the sun sets over the fields. They’ve also recently added Saturday night lobster bakes and Tuesday evening cooking classes taught by the island’s chefs, gardeners and foragers.