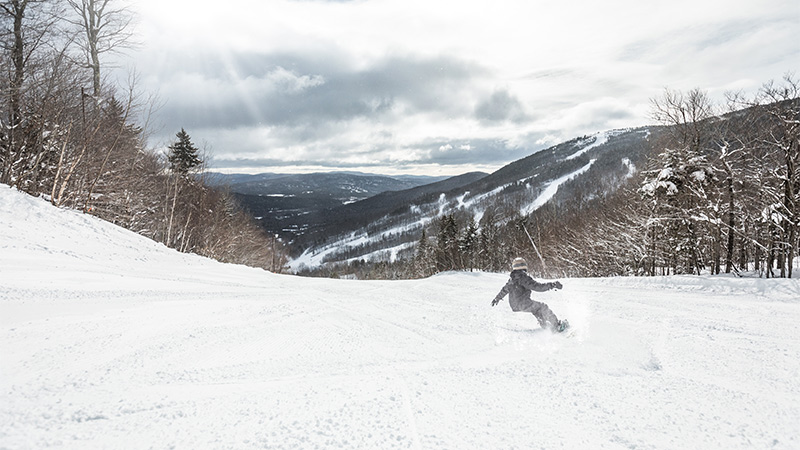 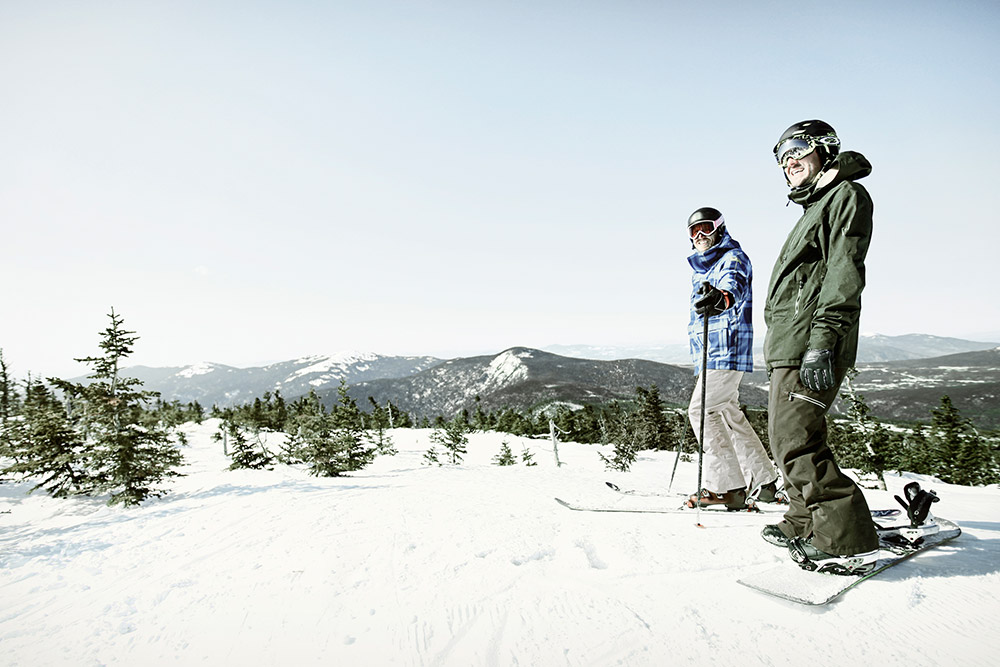 From winter sports to laid-back resorts, there’s no shortage of things to do in Maine when the snow starts to fall.

There’s nothing quite like it. You stand at the top of the run, skis or snowboard quivering, and leap off into the void.

Or...maybe not. Maybe you’re a beginner, whose thrill of the day comes as you push yourself slooooowly down the nice, gentle pitch of the bunny slope, all the while trying not to face-plant into in the snow.

Either way, Maine’s got you covered. We’ve got ski and snowboard areas big enough to challenge the best in the East and small enough that they barely cover the side of a meadow. All are waiting for you to come and explore.

Many skiers and riders know Maine for its three largest resorts - Sugarloaf, Sunday River and Saddleback – all of which are in the Maine Lakes and Mountains region.

Sugarloaf, built on 4,237-foot Sugarloaf Mountain, is a big place with runs ranging from nice and easy to OMG. Expansions have brought side-country and cat skiing options into the mix. Sunday River is big, too, sprawling across eight different peaks. It’s known for its mix of glades, bowls and steeps. Saddleback, Maine’s third-largest ski mountain, has a new chairlift and expanded base lodge. Saddleback rises 4,120 feet above the town of Rangeley, the gateway to Rangeley Lakes.

The three biggest resorts offer many choices in lodging and dining, either slopeside or at their nearby ski towns, as well as a full menu of resort amenities such as ski and snowboard lessons, programs for racers and kids and lots of non-skiing activities.

Finally, Maine’s smaller ski and snowboard areas are scattered like snowflakes across the state, from far-northern Lonesome Pines Trails (on the Canadian border) to tiny Powderhouse Hill in far southern Maine. These areas generally have only a couple lifts – some have only one – and a couple hundred feet or less of vertical drop. Some are run by families, others by communities or clubs.