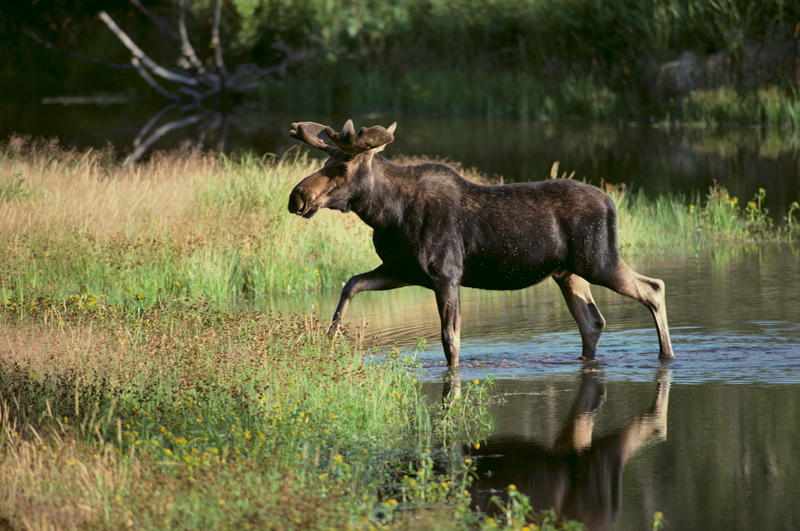 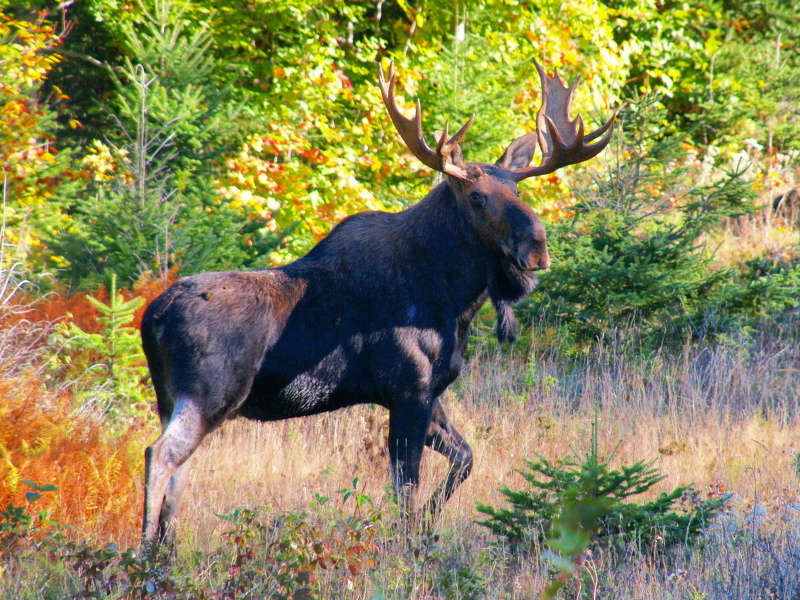 A moose strolling the forest during the autumn months.

Maine is lucky enough to be one of only a few states in the U.S. that has a sizable moose population. State biologists estimate the Maine moose population to be around 75,000—that’s the largest concentration of moose in the country next to Alaska.

For many visitors, catching a glimpse of the iconic Maine moose is a once-in-a-lifetime experience. They are majestic to watch, and it’s always exciting to capture one on film. Did you know that a mature bull moose can easily tip the scales at 1,000 pounds or more, and their antlers span an average of six feet?

Moose can be seen throughout the state, but their population is greatest in the Western Lakes and Mountains, The Kennebec Valley, The Maine Highlands, and Aroostook County. The best times to spot them are at dusk and dawn from mid-May through July and again in the fall during their breeding season. Fall is also when the impressive antlers of the Bull Moose are fully formed. They will shed their antlers in November or December and new, larger antlers will begin to grow in the spring.

Because of their massive size, moose find it easier to move about in open areas – making it fairly easy to catch sight of one if you are fortunate enough to be at the right place at the right time. They can often be spotted along logging roads, diving for dinner in wet boggy areas, hanging out in gravel pits, and clip-clopping down hiking or snowmobile trails.

To increase your chances of seeing a moose in Maine, contact one of the outfitters that specialize in moose watching tours, also known as moose safaris. You’ll have the opportunity to safely and comfortably view these magnificent creatures, and other wildlife that might be encountered along the way, as you learn about moose habits and habitat from a knowledgeable guide. At the right time of year, tourists on Maine moose tours in some regions can spot as many as 20 moose in one outing.

While the moose in Maine are usually docile animals, please resist the temptation to approach a moose too closely. They have been known to charge people when they feel threatened. If you spot a cow with her young or a bull during breeding season, give them a wide berth.