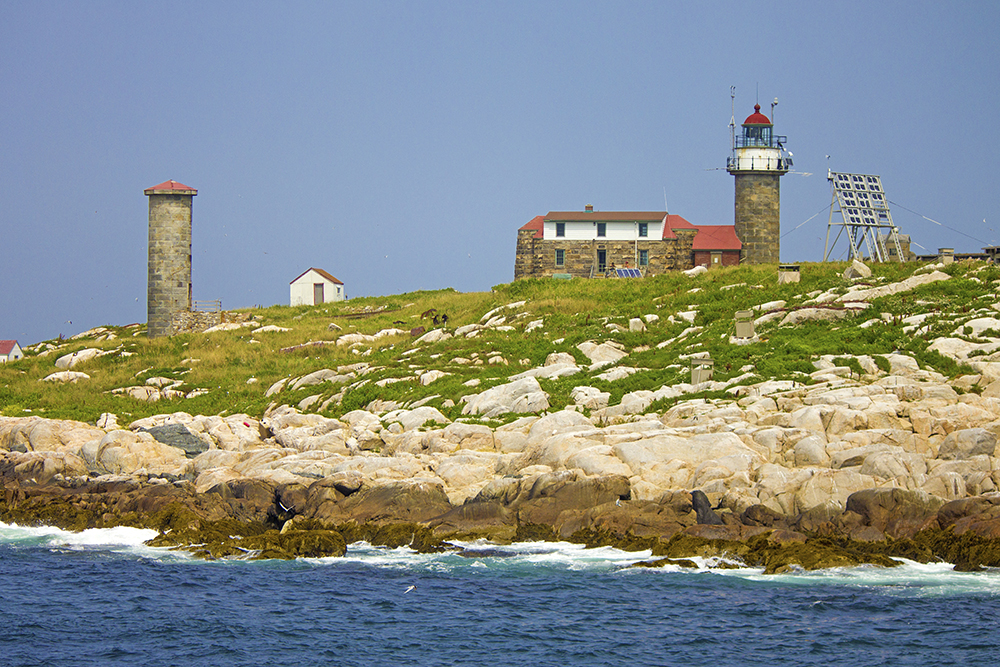 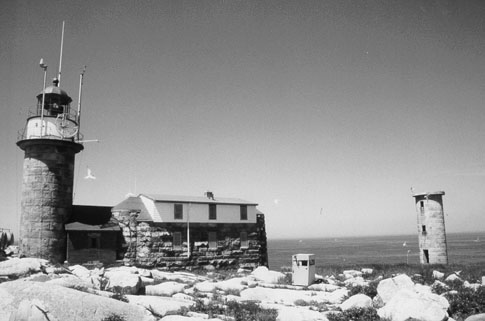 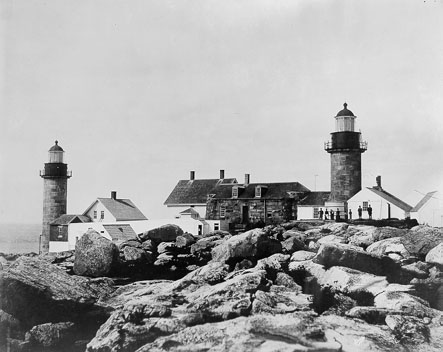 Matinicus Rock Light Station was built in 1827 on a stark, 32-acre island off Rockland. The station was known for its isolation and its punishing weather. It originally had two light towers: one was extinguished in 1923, the other was automated in 1983.

The island is now part of the U.S. Fish and Wildlife Service's Maine Coastal Islands National Wildlife Refuge. Access is limited. The light can be seen via boat cruise.

Matinicus Rock was once home to the most famous teenager in Maine lighthouse history. In January, 1856, Abbie Burgess was 17 and living at the station with her family. Her father was the keeper. While he was away buying provisions, a powerful gale raced ashore. Abbie led her ailing mother and sisters to safety in a light tower while wind and waves flooded and then, swept away the keeper's house. Abbie cared for her family and kept the lights burning until her father returned. Storms kept him, and other rescuers, from landing at the station for a month.