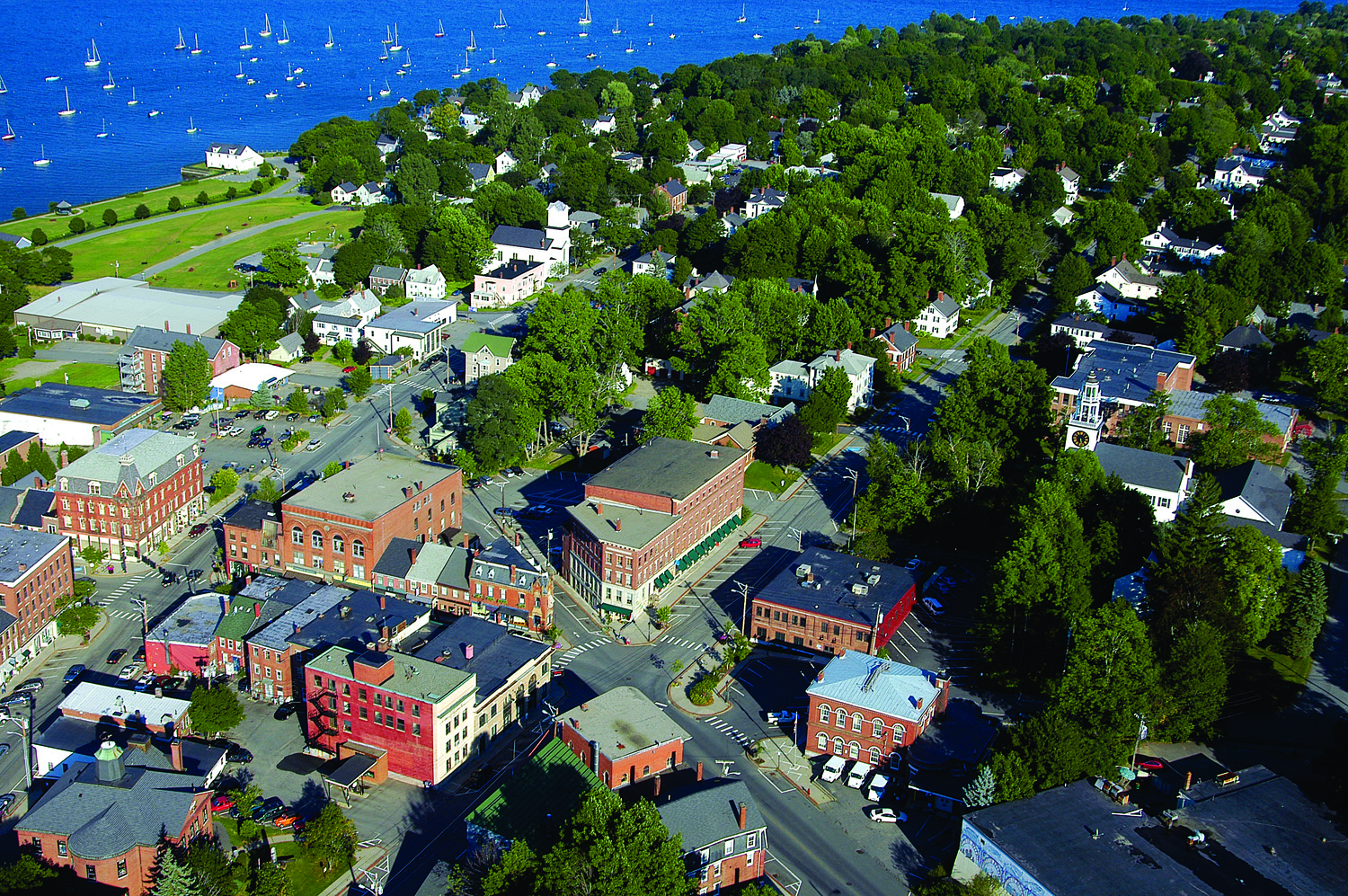 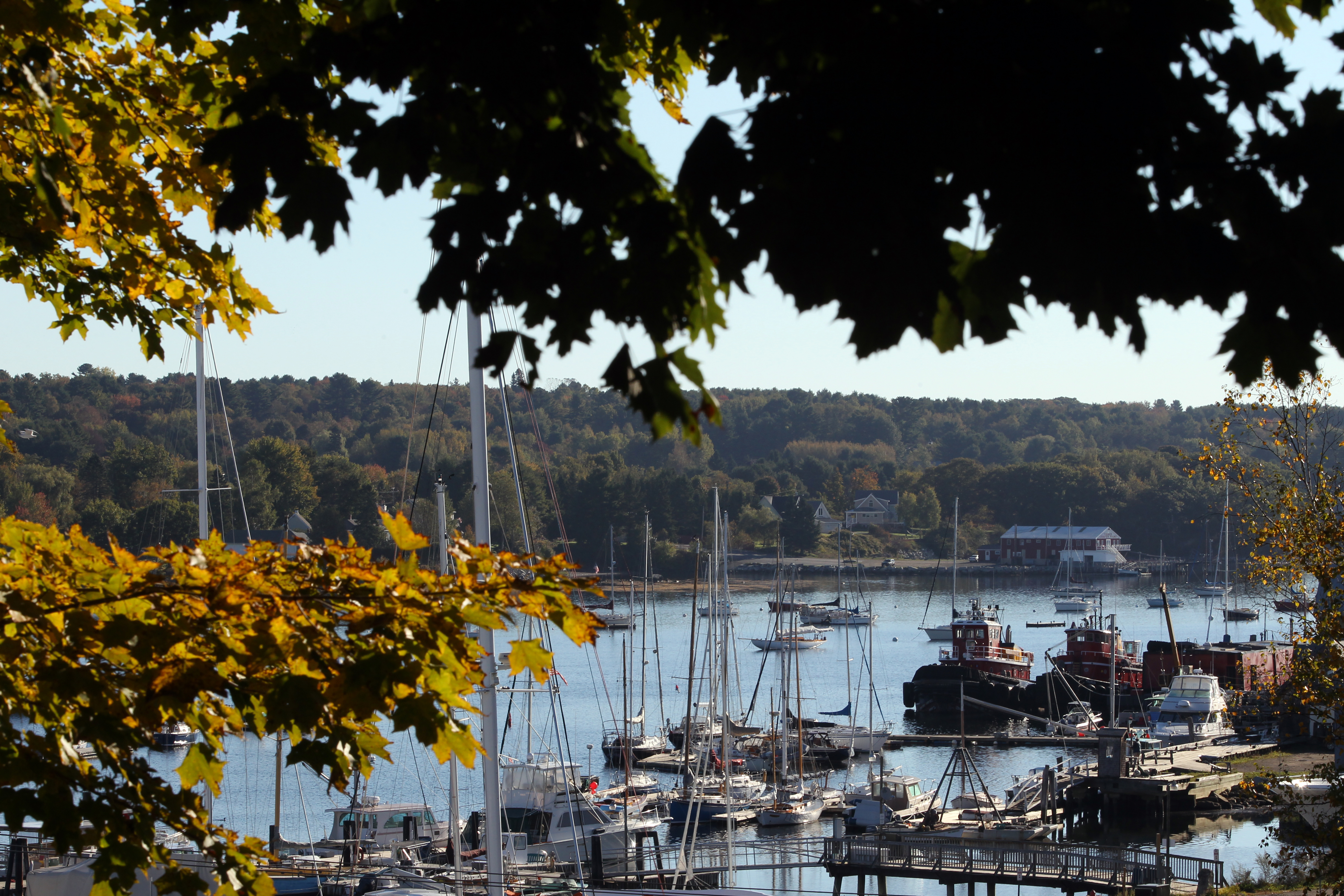 Visitors must quarantine or provide a negative COVID-19 test within 3 days of arrival in Maine. Visitors from New Hampshire and Vermont are currently exempt. We encourage you to check websites for your destinations before visiting for the latest health and safety guidelines in place.

Belfast, Maine once built hundreds of sailing ships. Then, it became a manufacturing town, making shoes and processing chickens. But now, the little city on a gentle hill above the Passagassawaukeag River (Passy to the locals) is a lively, hub of MidCoast arts, commerce, music and events.

Things to Do in Belfast

Settled in the 18th century by Europeans, Belfast blossomed in the 19th century. You can see that in the architecture — grand sea-captain’s houses sit majestically in leafy neighborhoods while the downtown is dominated by ornate brick buildings. The downtown is considered so beautiful it’s a Nationally designated Main Street Community and working waterfront.

Those classic downtown buildings now serve as homes and workshops for a cadre of local artists and artisans. Check with the Belfast Creative Coalition for information on visiting their galleries and shops. If you’re in Belfast in summer, join a Belfast Art Walk on select Friday evenings. These events bring out creatives to show off their wares.

The performing arts are also well supported. The Belfast Maskers, the local community theater, has been active for more than 30 years and now performs in a (new to them) historic theater space. Speaking of theaters, step into The Colonial Theatre, a classic cinema in downtown that’s been entertaining Belfast since 1912.

For lovers of local food, Belfast is hard to beat. There’s the Belfast Co-op, one of the state’s most popular, which opened in 1976. Like farmers’ markets? Belfast has two. Maine’s largest farmers’ market, the United Farmers Market of Maine, is open indoors every Saturday. The long-time Belfast Farmers Market is open Fridays - indoors during winter, outdoors during the warmer months.

Belfast reverberates with fairs and festivals. Come February, Belfast hosts the annual Whoopla Weekend, which includes all sorts of indoor and outdoor activities ranging from ice skating to the Ice Ball dance. July is Belfast’s annual Arts in the Park, where dozens of artists and artisans show off their work in Steamboat Landing Park, and the Maine Celtic Celebration, a festival of Celtic heritage and art. August is the month for the annual Belfast Harbor Fest. And in September, there’s Maine Wienerfest, a celebration of dachshunds (we’re not making this up). There’s a parade and wiener dog costumes. Later in the fall, Belfast hosts its annual Poetry Festival, with readings, workshops and other events.

For a nice stroll, consider the Belfast Rail Trail. This 2.3-mile, graveled path follows the Passagassawaukeag. It’s built on the bed of southern section of the Belfast & Moosehead Lake Railroad, so it’s an easy grade for walking. For some slightly wilder jaunts, check out the trails at the Coastal Mountains Land Trust. For something a little longer, check out the Hills to Sea Trail, a 47-mile footpath linking the inland town of Unity with Belfast.

Where to Stay in Belfast

Consider the Belfast Co-op, Rollie’s Bar and Grill, Chase’s Daily, Young’s Lobster Pound and Delvino's Grill and Pasta House in Belfast along with these additional suggestions.

Businesses and locations related to: Belfast