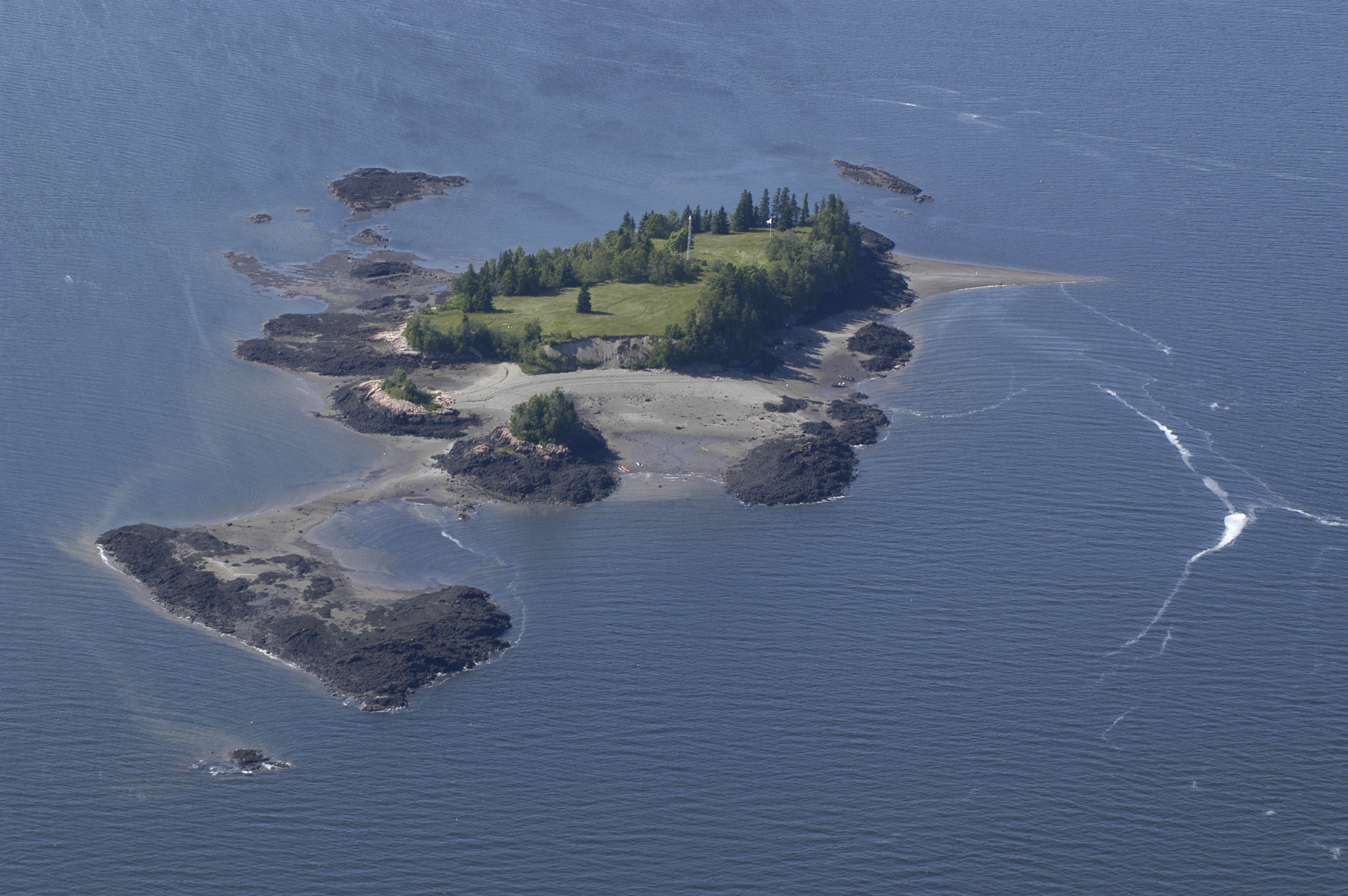 Saint Croix Island is situated along St. Croix River which forms the boundary between the United States and Canada. The mainland visitor center is located eight miles south of Calais on US Route 1. Free. 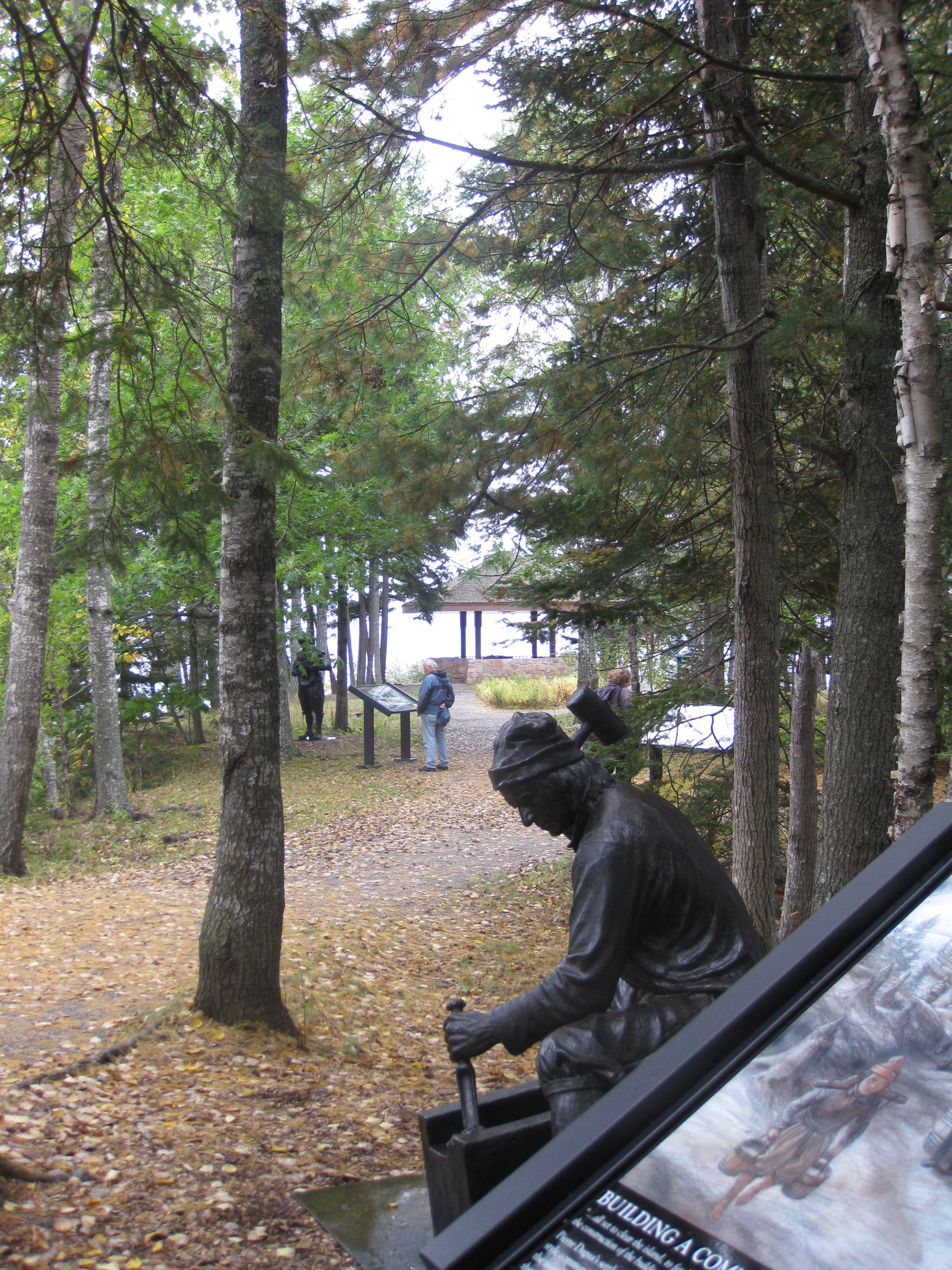 Walk in the footsteps of the French settlers and Native American people on the mainland interpretive trail. 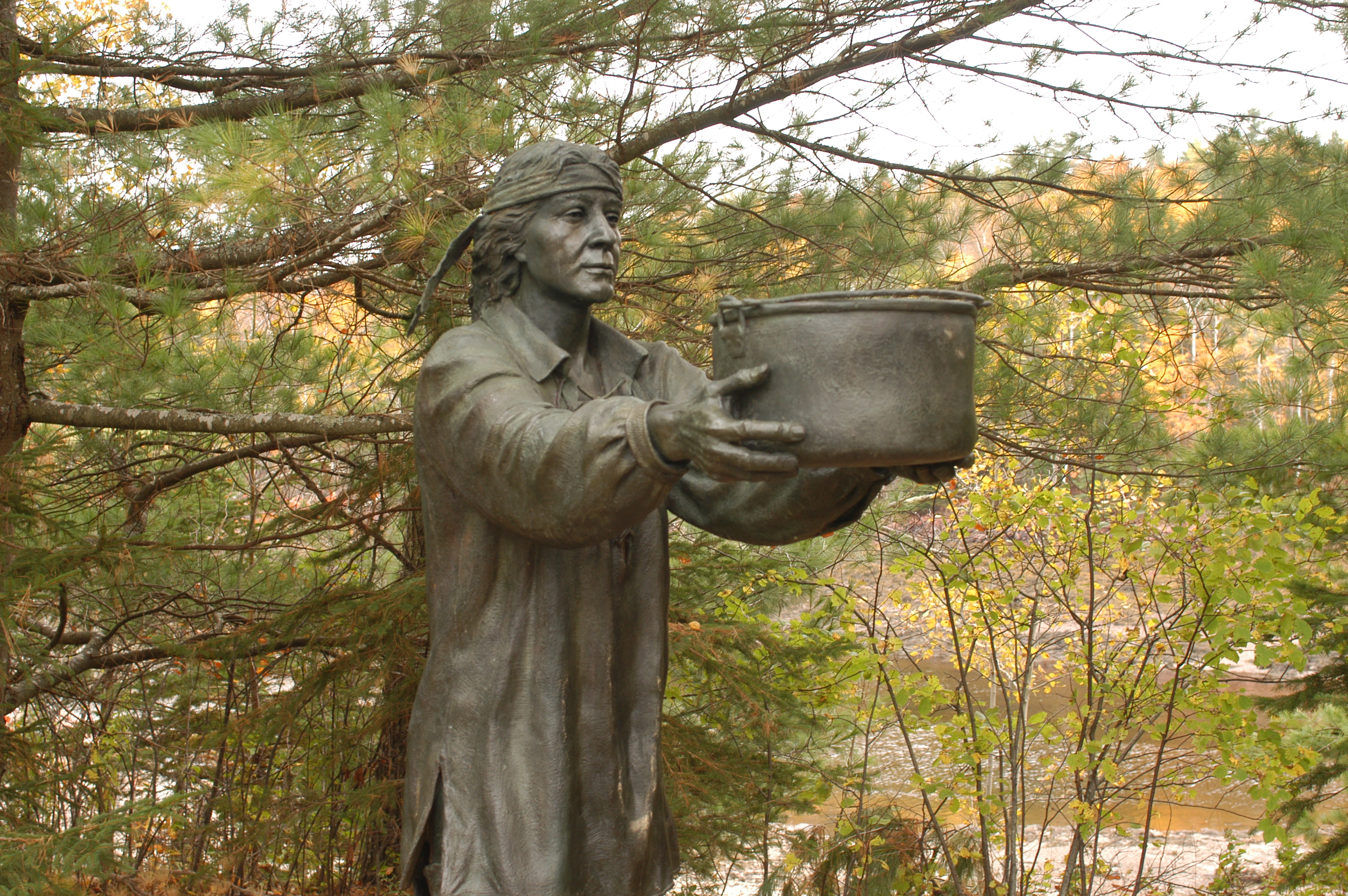 Bronze sculptures and interpretive panels line the short, wheelchair accessible trail. Recordings in English, French, and Passamaquoddy, are available for the hearing impaired.

France's broad and enduring presence in North America began on a tiny speck of land in Maine's Saint Croix River.

Saint Croix Island sits in the current between Maine and New Brunswick. In 1604, a French settlement rose on the island - three years before English settlements in Jamestown and Popham. Saint Croix Island's settlement was soon abandoned, following a horrific winter. But its survivors moved on to create Port Royal, near today’s Annapolis Royal, Nova Scotia. French exploration and expansion in North America continued from there.

To learn more, visit the Saint Croix Island International Historic Site in Calais. The Historic Site, on the mainland, overlooks the island. Visitors can stroll an interpretive trail, see bronze sculptures of French settlers and Passamaquoddy people and learn more about the settlements. There are also ranger-guided programs, indoor exhibits, artifacts, and a Junior Ranger program for kids.

Visits to the island itself are not encouraged, due to its fragile nature. There are no visible traces of the early settlement left on the island. When the settlers moved to Port Royal in 1605, most of the buildings were dismantled, put onto the ships and moved and erected at the new site.