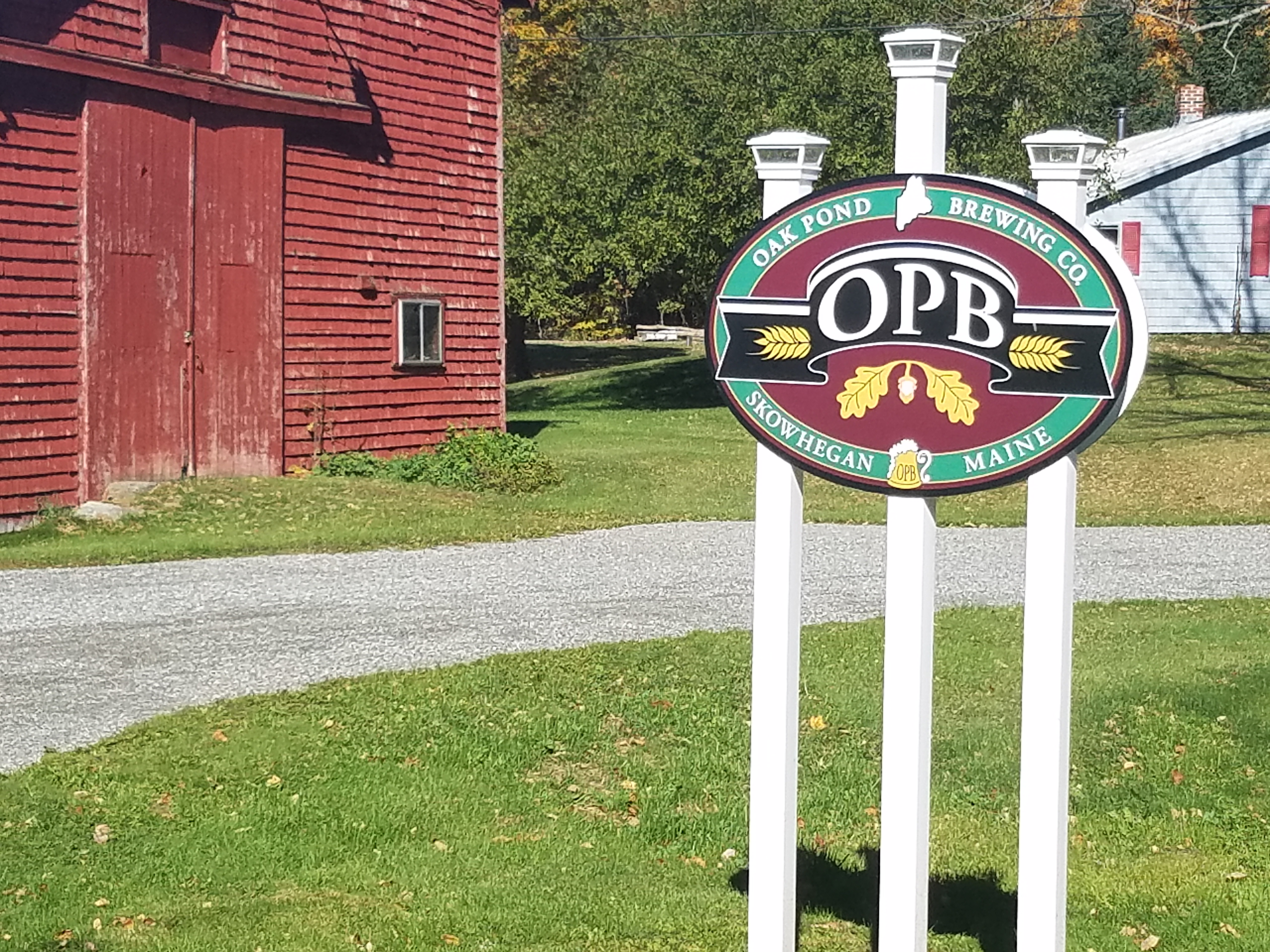 Oak Pond Brewery (OPB) originally opened in 1996 as the first brewery in 115 years in Skowhegan, Maine. The brewhouse, a 14 barrel system from Prince Edward Island, Canada, is housed in a converted chicken barn off Oak Pond Road. The brewery has been family owned and operated. since 2003 and produces about 500 barrels of beer a year for local distribution.

At the brewery, six beers are always on tap including special seasonal brews. Our product is truly hand crafted with all brewing, fermenting, conditioning, and bottling done on the premises. Stop in for a tour, sample tasting, or purchasing of 22 oz or half-gallon growlers to go.