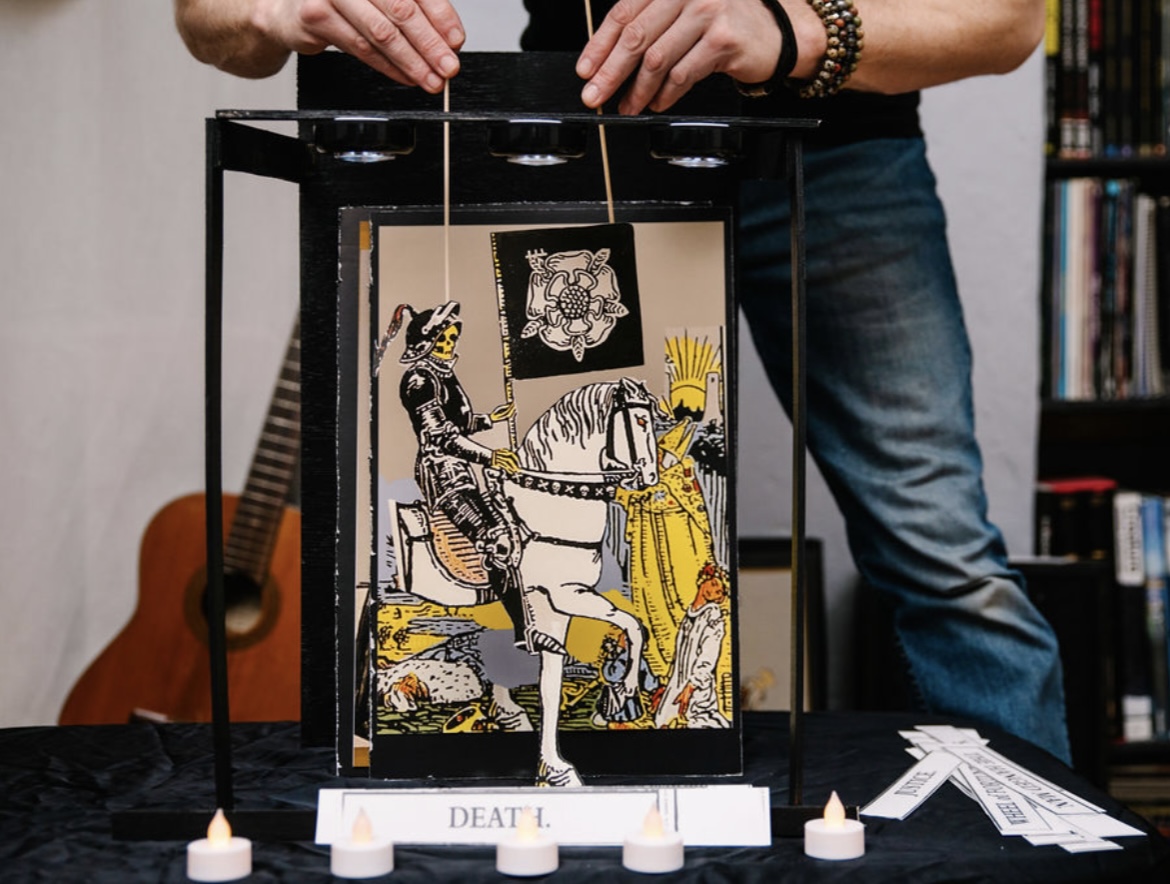 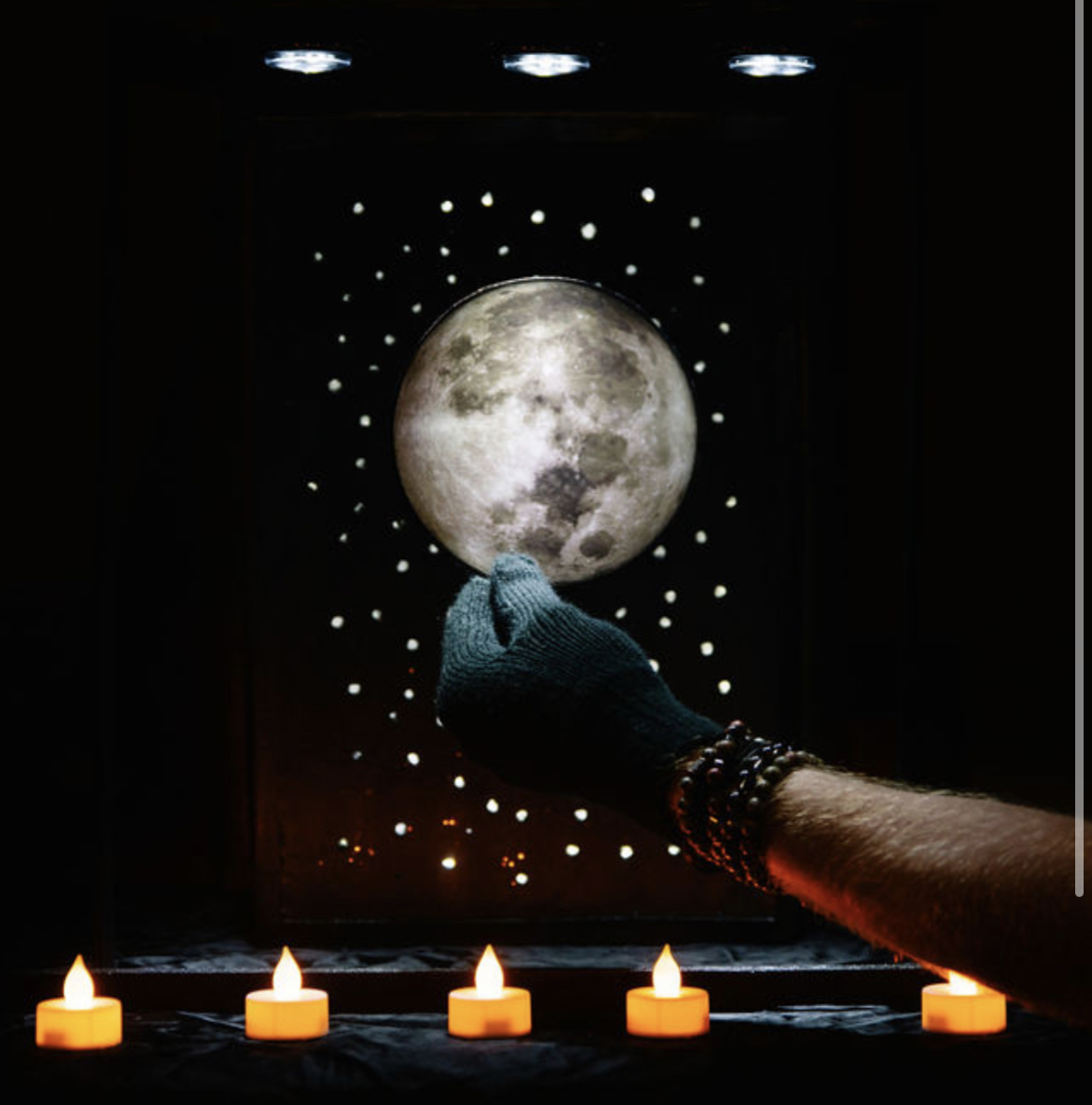 Fall into orbit on a surreal, musical journey through the imagery and meaning of the Tarot deck’s Major Arcana suit.

Ethereal music and flowing imagery will bring you deeper into the world of Tarot and divination.

Tarot Theater (The Major Arcana) is a puppet show following the fool through their path from innocence to enlightenment. Meanings are unraveled as we flip through the cards and soundscapes on a journey through the powers of the mind, self-reflection, and the outer reaches.

The show will be followed by an hour of tarot card & palm readings for audience members (10-15 minute sessions – tips encouraged).

Rion Hergenhan is an artist, musician, palm/tarot reader, and boxer currently residing in Portland, Maine. He has served as the musical director of the Shoestring Theater for the last decade and is the descendant of a long line of palmists/tarot readers. Rion is an active member of the West End community, band leader of salsacore group “mr.alarm,” and a percussionist in local bands El Malo, Primo Cubano, and HX KTTN.

Saturday, October 15 at 7:30 PM (Doors 7:00 PM), a 45-minute show with an intermission. The show will be followed by an hour of tarot card & palm readings for audience members (10-15 minute sessions – tips encouraged).

Businesses and locations related to: Tarot Theater (The Major Arcana)