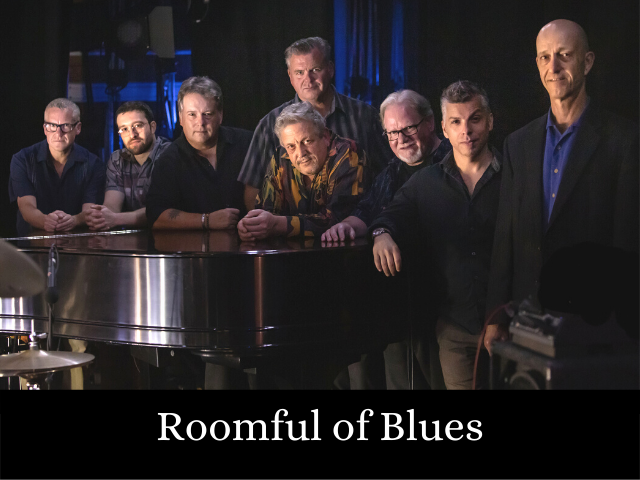 Roomful of Blues is one of the tightest blues ensembles in the world. They'll bring their big sounds to Vinegar Hill Music Theatre in June.

Roomful Of Blues, the world-renowned, horn-powered, house-rocking blues band, has been delighting audiences for over 50 years. Blues Music Magazine calls them “the best little big band in the blues.” On record and on stage, Roomful Of Blues – led by master guitarist Chris Vachon for the past 22 years – continues to deliver its bone-shaking mix of original songs and carefully chosen covers ranging from jump, swing and proto rock ‘n’ roll to funky, contemporary blues. Their impeccable musicianship and larger-than-life vocals have earned Roomful Of Blues five Grammy Award nominations and a slew of other accolades, including seven Blues Music Awards. Twice, the prestigious DownBeat International Critics’ Poll has selected them as Best Blues Band. And now, even after 18 previous releases and thousands of live shows, Roomful Of Blues continues to evolve, as they return with In A Roomful Of Blues, their first new studio album since 2011. In A Roomful Of Blues features 13 wide-ranging songs and is filled with soaring blues, zydeco twists, late-night ballads, Latin-tinged funk and a touch of vintage, fifth-gear rock ‘n’ roll.

Businesses and locations related to: Roomful of Blues