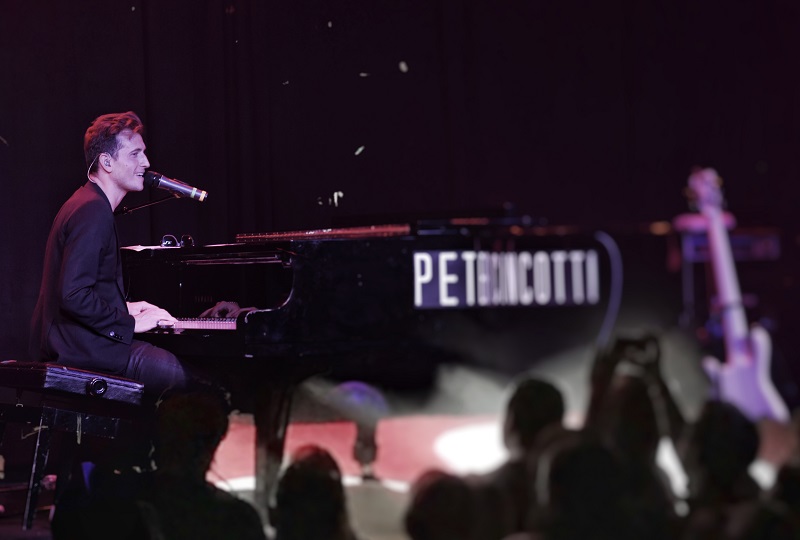 Peter Cincotti was anointed by The New York Times at age 18 as "one of the most promising singer-pianists of the next generation."

Peter has performed in some of the world’s most prestigious venues from Carnegie Hall to L’Olympia in Paris, collaborated with artists ranging from Andrea Bocelli to David Guetta, has been featured in blockbuster films such as Spiderman 2, and represented the global fashion brands Ermenegildo Zegna and Tod’s. Along the way, his vibrant and socially-aware songwriting caught the ear of 16-time Grammy winner David Foster, who produced Cincotti’s third album East Of Angel Town yielding the song “Goodbye Philadelphia”, which became a smash hit overseas reaching the Top Ten on Pop Radio charts across Europe.

Peter’s experiences have shaped his music through the years, changing the layers of his sound and the dimensions of his style. Because of this, his fans await each new album like they are engrossed readers anxious to reach the next chapter of their favorite book. Cincotti has morphed genres and blended influences in a variety of ways, but his story currently unfolds over uncharted terrain on his new album Long Way From Home.