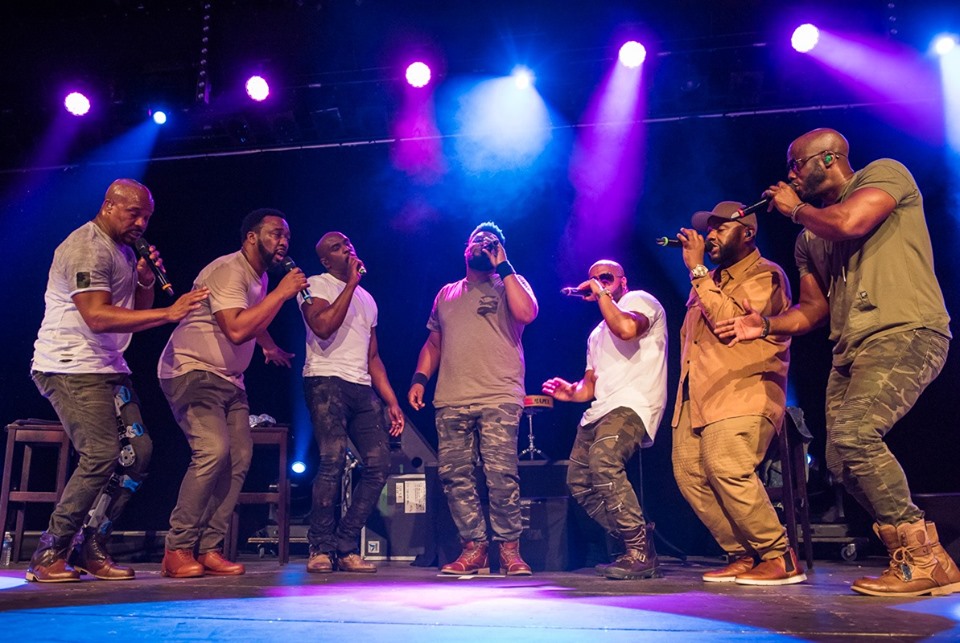 With their rich harmonies, an unbelievable ability to replicate instruments and a stage presence that can be felt in every seat of the house, Naturally 7, the first VocalPlay group ever, are amazing and charming fans all over!

Roger Thomas on how the group got started: “We started singing in church – just what everyone understands as basic, traditional a cappella singing. We’d been influenced by several other a cappella groups around, and they all had their different sounds and different things. At certain points, someone would remark to us that a particular harmony we did reminded them of the Bee Gees or the Beatles or Earth, Wind & Fire or Bobby McFerrin, and we realized we hadn’t yet found our thing and so we went looking for our place in the sun. What could we bring to the table that didn’t yet exist on the planet Earth, that we knew of? I liken it to the work of a chef. When people taste something new, it’s not that they’re experiencing some new matter or some new food. It’s food that’s always been there, but the chef just mixed different things in different portions together that you have never tasted, and that’s basically what we have done. I’m in the vocal arrangement department, and I saw this jazz group out of Sweden imitating instruments, but they were a jazz group. I thought, “Wow, we should do that, but in R&B, gospel, funk, pop and hip-hop!”

We’re all originally from New York, and heavily influenced by hip-hop, so we’ve seen — from Doug E. Fresh to the Fat Boys – artists imitating and beat-boxing, so we started there with the drums and then we added bass. Then, it was like, “Why don’t you do what the guitar would do?” and “Do what a synth would do!” It started from there, and once we had that established, we felt we had something. Then, we found that each guy could do something interesting that the others couldn’t do. Once we started to lean into that, that changed the whole goal. We were on tour with Michael Bublé, and we could tell that it would take audiences about three or four songs before they’d start gasping, “Oh my God, it’s all their voices!” At first, they didn’t’ really understand, because the wall of sound that we’re giving is so much like a band that they just assume it’s some sort of backing track. But, we’d have specific songs that we would break things down, one by one, in the actual song, and they’d realize that it was happening right there on only those microphones. That was our goal.”

A show you will not want to miss!

Businesses and locations related to: Naturally 7