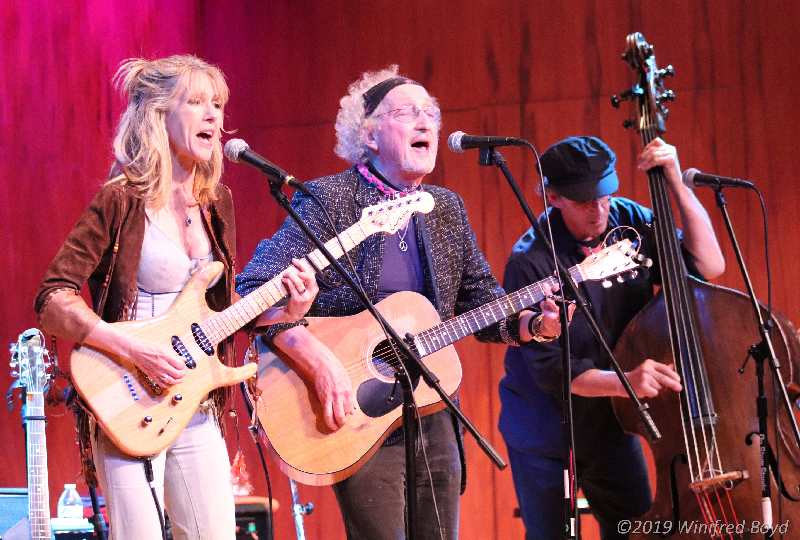 it’s a new and exciting era for Aztec Two-Step!…

Following Neal’s 2018 retirement, original founding member, principal singer and songwriter Rex has continued on with their captivating songs (including some of Neal's originals), expanding the band's musical legacy with his new ensemble Aztec Two-Step 2.0. With 2 and 3-part harmonies, multi-instrumental arrangements and Dodie’s dazzling guitar work, they’ve recaptured the feeling of Rex & Neal’s original studio recordings, at the same time putting a fresh spin on it. Aztec Two-Step 2.0 performs favorite ATS classics as well as old forgotten gems, with the stage patter still as engaging, fun, and poignant as ever.