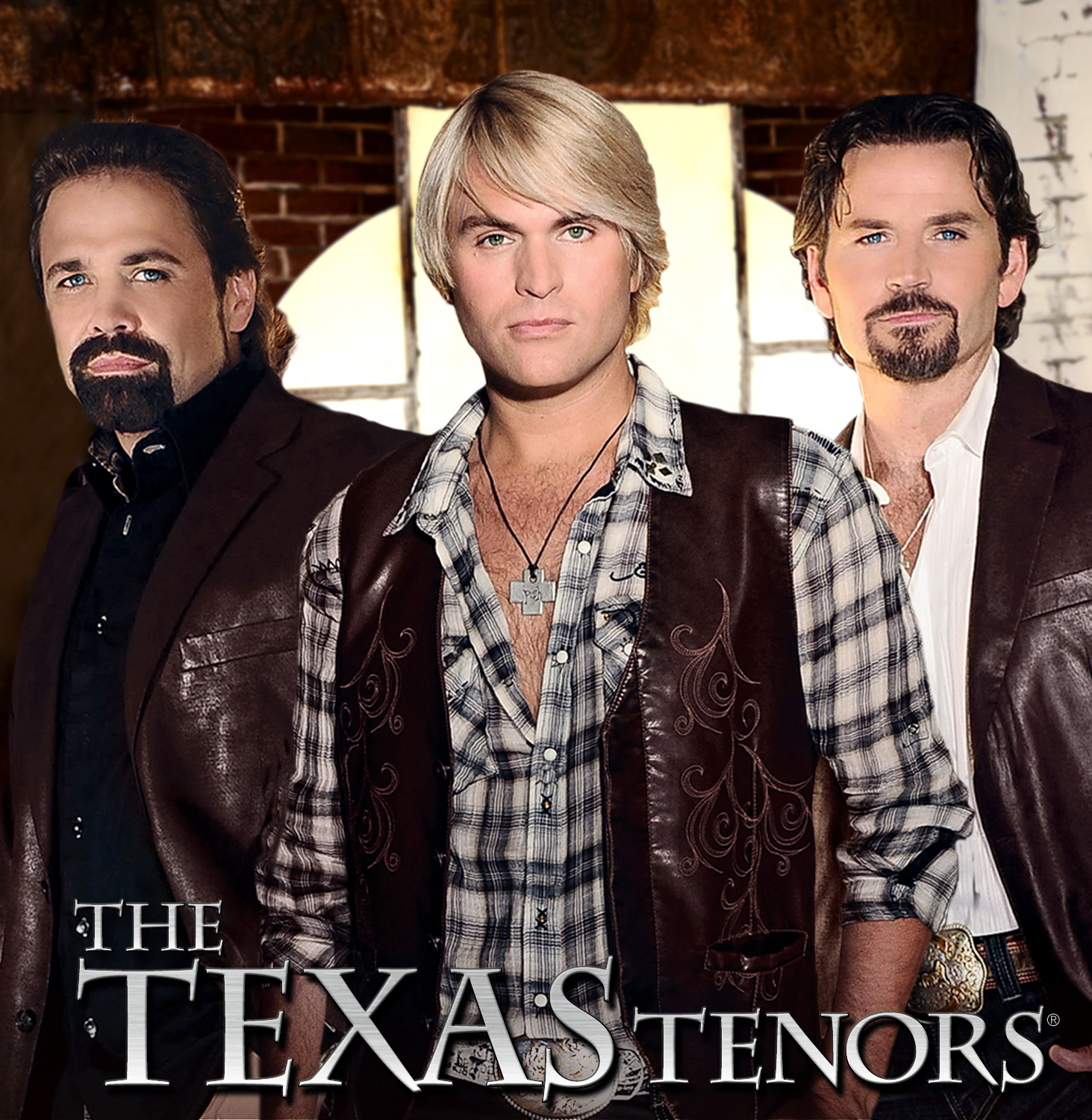 The Texas Tenors are America's favorite new tenors. Since their whirlwind debut six years ago on NBC's America's Got Talent

With their Emmy Award winning PBS special now airing across the country, and Billboard chart topping albums, it's easy to see why The Texas Tenors are America's favorite new tenors. Since their whirlwind debut six years ago on NBC's America's Got Talent, The Texas Tenors have accumulated a long list of awards, accolades and excited fans. They have performed more than 1000 concerts around the world, including a 24-city tour in the United Kingdom, Shanghai, China and collaborations with some of the most prestigious symphonies in the US. People are clearly enjoying their talent as they were recently named the #10 Classical Artist in the world according to Billboard magazine.

From Bruno Mars to Puccini, Marcus Collins, John Hagen and JC Fisher treat audiences to a unique blend of country, classical, broadway and current pop music. They use breathtaking vocals, humor and a touch of cowboy charm to create an unforgettable live show.

The Texas Tenors have also used their talent beyond concert halls. They have been featured entertainers on NBC’s The Today Show, Hallmark’s Home and Family and The 28th Annual Cinematheque Awards honoring Matthew McConaughey, to name a few. Other notable performances have included NBA games, the PBR World Championships in Las Vegas and a variety of charity events. John, Marcus and JC are always ready to give back and promote awareness for organizations near and dear to their hearts including The Child Fund International, Homes for our Troops and The Mission Project.

The Texas Tenors proudly remain self produced and managed with a commitment to quality, family entertainment for all ages. Whether it be stage, television, recording or multi-media projects, these “three friends with a dream" never forget their roots.