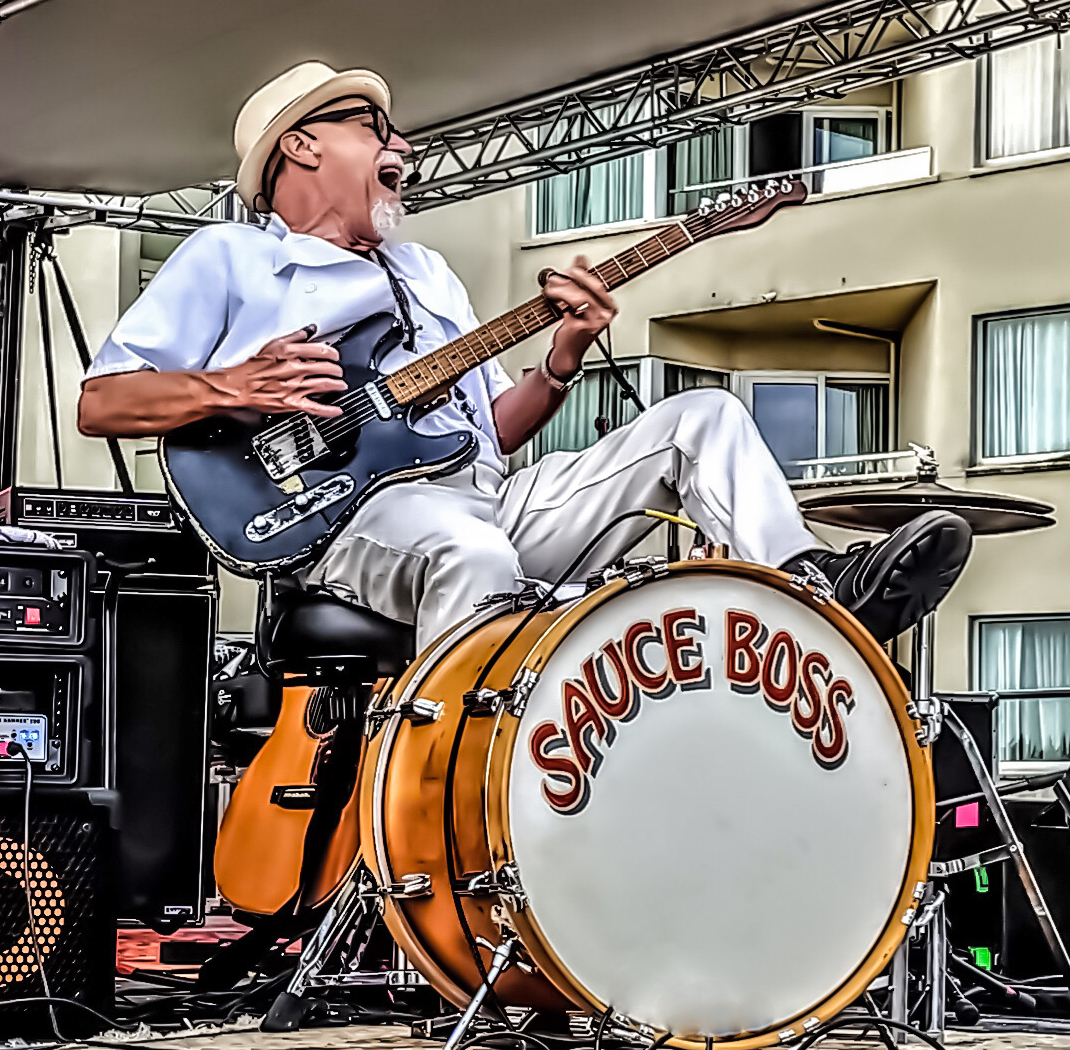 Legendary performer (as chronicled in Jimmy Buffett’s 1999 hit 'I Will Play for Gumbo') Bill 'Sauce Boss' Wharton brings his Florida slide guitar blues, his gumbo, and his own hot sauce to every multi-sensory performance.

His show includes a culinary demonstration with audience stirring and sampling the gumbo. Sauce Boss is a powerhouse of energy with his one-man band.

Florida swamp-funk slide guitarist, Bill Wharton has been a musician for over a half a century. On his 1989 New Years Eve gig, Sauce Boss splashed a bottle of his Liquid Summer Hot Sauce into a huge pot of simmering gumbo, feeding the entire audience. The rest is history. 200,000 bowls later, he’s still feeding the masses for free at his shows. The Sauce Boss show is a soul shouting picnic of bluesy, rock and roll brotherhood. One morning in the early ‘70s, The Sauce Boss walked out of his house and found a 1933 vintage National Steel guitar in his front yard. That lead him down the Blues path. Deep in the shed, he penned “Let the Big Dog Eat”. That Sauce Boss anthem was just on the top of the Roots Blues Charts for 12 weeks in 2016 with Albert Castiglia’s cover. And the tune is also in Jonathan Demme’s movie “Something Wild”, AND on Jimmy Buffett’s “Late Night Menu at the Margaritaville Cafe” album. AARP’s syndicated TV show, “My Generation” came to St Louis to do a feature story on The Sauce Boss.. NPR's "All Things Considered" and "Morning Edition" have both covered the Sauce Boss. CNN and EXTRA sent film crews to New York City Sauce Boss extravaganzas, The Food Network's series "Extreme Cuisine" visited the Sauce Boss on location in New York, and another Food Network series "Keith Famie's Adventures" filmed a Sauce Boss show in Miami. The Sauce Boss is the only personality that’s been featured in “Living Blues”, “GQ”, AND "Gourmet Magazine".