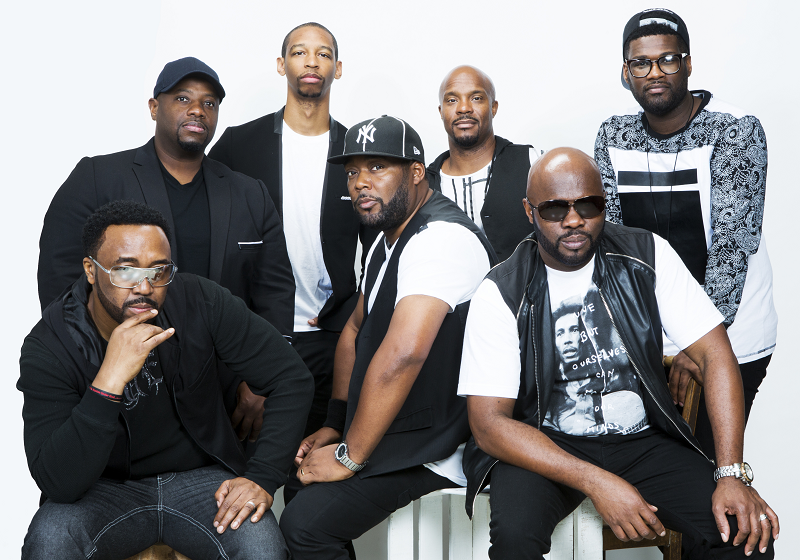 In a music world rife with technological tricks of the trade , one vital commodity is getting lost in the shuffle: the beauty of the human voice. Enter Naturally 7.

This seven-man crew is more than just your average singing group. Its members have perfected an intriguing a cappella style they've branded as "Vocal Play" -- singing as instruments. In its quest to celebrate the voice, Naturally 7 not only sings but also creates every backing instrument heard on its songs. We're talking drums, bass, guitars, horns, flutes ... even down to turntables.

Yet as Thomas acknowledges, "A lot of people still don't know what we do." So now the R&B, soul and pop group is revving up its U.S. album debut, the aptly titled "Hidden in Plain Sight" (Hidden Beach Experiences, February 10). Subtitled "Vox Maximus Vol. 1," the 14-track set snaps, crackles and pops with riveting vocal gymnastics and rich, sparkling harmonies infusing a palette-pleasing menu of songs as wide-ranging as the group's growing audience.

A show you will not want to miss!

Businesses and locations related to: Naturally 7