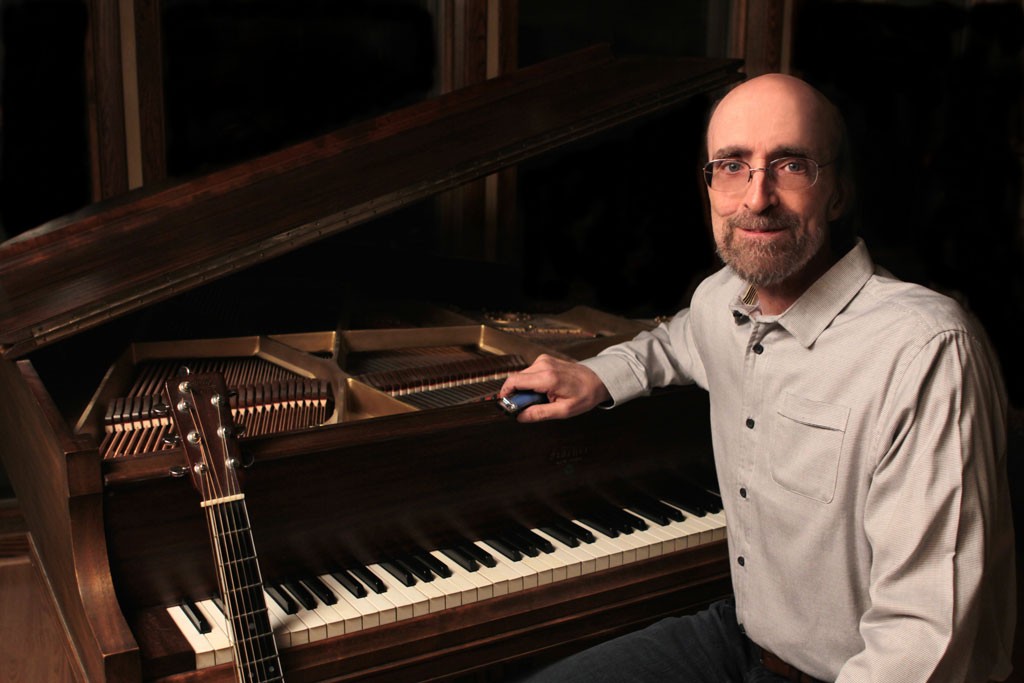 Inspired by R&B, jazz, Blues and rock (especially the Doors), George began playing organ in 1967. In 1971 he switched to the acoustic piano after hearing recordings from the 1920s and the 1930s by the legendary stride pianists Thomas "Fats" Waller.

In addition to working on stride piano, he also at this time came up with his own style of melodic instrumental music on solo piano, called folk piano.

George is also working on solo guitar and is recording the masters of the Hawaiian Slack Key guitar for an extensive series of albums for Dancing Cat Records (www.dancingcat.com). Slack Key is the name for the beautiful solo fingerstyle guitar tradition, unique to Hawaii, which began in the early 1800s and predated the steel guitar by over half a century.

Please join us in support of a local food bank by bringing a donation of canned food to the concert. There will be collection baskets at the entrances.

The Rustic Garden Bar will be open prior to the show weather dependent Doors around 7:30 PM both evenings Performances are both at 8:00 PM